The NBA's Offseason Is Officially Underway 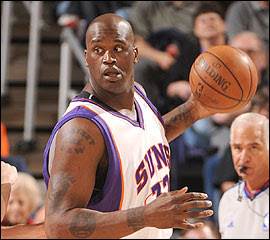 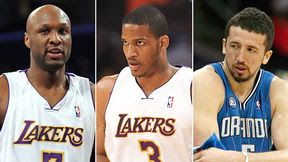 The NBA season hasn’t even been finished a full week, the Lakers haven’t even had their parade, yet the free agency and trade talks have already begun. The top two names making headlines are Hedo Turkoglu and Shaquille O’Neal. Also making noise two members of the 2009 world champion Los Angeles Lakers Trevor Ariza, and Lamar Odom.

Turkoglu has already decided to opt out of his contract, which is in the last year of its 36 million 6-year deal. He was set to make 7.3 million dollars this year, but will test the free agency market, where I’m sure plenty of suitors will be waiting.

“The Big Cactus” was the subject of many conversations Monday with rumors circulating that he could end up next to Lebron James in Cleveland. This same conversation was had prior to the 2009 trade deadline, but was put to bed because of certain obstacles that no longer exist today. If Cleveland were to trade Ben Wallace and Sasha Pavlovic they would be able to match the money that O’Neal is costing the Suns.

However the Suns claim they’re not interested in releasing O’Neal just to save money. They would need the Cavs to sweeten the deal in order to give up Shaq, considering Wallace is contemplating retirement and Pavlovic didn’t exactly shine like the sun this season. Now if Cleveland were to offer up Delonte West, then the talks could become serious.

Cleveland hasn’t been the only team getting involved in the Shaq sweepstakes. The Dallas Mavericks, New Orleans Hornets, Portland Trailblazers, and New York Knicks have also shown interest. But besides needing the talent to fill the void that would be left by their best player last season, they also want cash. And the Wu Tang Clan said it best it’s all about the dollar bill ya'll. With the Cash Rules Everything Around Me mindset expect a move to be made this offseason.

The Lakers in the meantime have to decide on what pieces they’re going to keep together, in order to try and defend their title next season. Who will be their top priority in the offseason, the versatile Odom, or the young gun Ariza? Truth be told, they wouldn’t have won the title without either one of these guys.

It’s two days after the final game of the season and things are already heating up for the NBA’s offseason, stay tuned because this is only the beginning.