With The Number 3 Overall Pick The Oklahoma City Thunder Select... 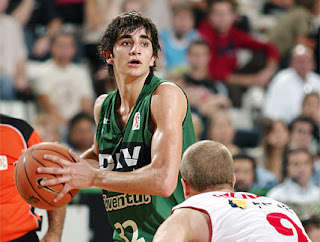 Monday during our path to the draft discussion I predicted that the Clippers wouldn’t do anything stupid, and would go ahead with drafting Blake Griffin. Tuesday I predicted the Grizzlies would draft Hasheem Thabeet, in an effort to avoid contract fights with Ricky Rubio. That brings us to the number three pick owned by the Oklahoma City Thunder.

With their first pick I expect the Thunder to grab Rubio, despite already having a young solid point guard in Russell Westbrook. Some may say a move like this could shake up the young guard out of UCLA, but it can only help him as a competitor and as a player.

To continue reading this story go to http://jossportsbar.blogspot.com/