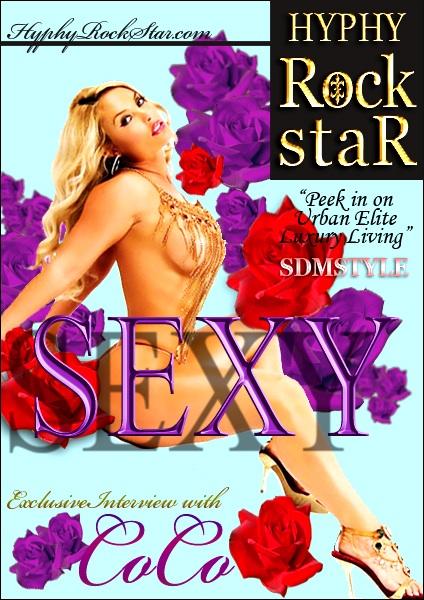 D-KNOW has not received any gifts yet

tandee said…
For Immediate Release
HAS TWITTER TWITTED ITS LAST TWEET?!
NEW NETWORK MARKETING TOOL MAKES ITS DEBUT AT THE 2009 BMI URBAN MUSIC AWARDS & MTV VIDEO AWARDS
Miami, FL. (September 12, 2009) –The BMI Urban Awards and MTV Video Music Awards gift rooms hosted by Enigna Public Relations and its CEO, Rohn Padmore is blessing this year’s A-List celebrities with a lot more than high-end designer duds. Like MySpace on steroids XUMANII (pronounced ‘’zoo-mon-ee) vows to revolutionize media, artist and product marketing, social networking and creative empowerment in a way that has never been done before….period!
The brain child of Canadian boy genius, Alex Frigon has created the ultimate tool for artist independence and marketing empowerment as if consulted by legendary hip hop artist, activist and writer Chuck D himself! Over-loaded with outrageous and ground breaking features, there is no doubt this technology is surely going to keep media mogul Ted Turner and every record company CEO up all night. Making no apologies XUMANII steps ahead of Facebook, Twitter and Youtube making them just a means to enhance your XUNAMII experience. What if you were told that your XUMANII personal profile is YOUR exclusive visual channel to the world? Not only are your viewers watching every move you make LIVE, but they are watching you in picture resolution that is literally clearer than Youtube. And on your profile you are not limited to creating a ONE camera production your LIVE stream can be a ONE to FOUR camera production, shot indoors or outdoors or both! With XUMANII there are no worries about how to get your existing friends from Facebook or Twitter over to your new XUMANII profile….when you link the three respective sites together all of your FRIENDS as well as THEIR friends are now in YOUR loop….AUTOMATICALLY informed when you are streaming LIVE online! You can install pre-recorded automatic responses….YES AUTOMATIC RESPONSES so your fans and market will never feel they are not connected with you. Don’t tell your ‘’friends’’ what you are doing like on Twitter or Facebook, now you can show them. Stream LIVE all day from anywhere the system is COMPLETELY WIRELESS!
Artists, DJs, promoters, performers and producers can now stream a VISUALLY PERFECT LIVE production being conducted anywhere and distributed around the world via internet onto their profile. Giving the choice whether to sell access to watch your event online or simply distribute it as a ‘’gift’’ to your fans and market. Not to mention a downloadable MP3 clip literally available moments after! Your audience is not limited to their computers to see your next move or download a LIVE audio or video event, those with smart phones will be able to do so on the screens of their phones. Produce your own reality show, a LIVE mixtape with A-List performers or simply market yourself or product to the next level….the only limits XUMANII has are the ones YOU set.
Now the best part….You can even SELL and CONTROL advertising and sponsors directly on your profile page!
Tandy Weems, Director of Business Development for the XUMANII Corporation is no stranger to the music industry.
Working alongside industry heavy weights such Mark Pitts, President of Zomba Label Group, Angelo Ellerbee CEO of Double xposure PR and James ‘’Jimmy Henchmen’’ Rosemond, CEO of CZAR Entertainment she can hardly contain her excitement when it comes to introducing this product to whom she affectionately dubs ‘’her peers’’.

‘’To be able to personally place this ‘’GIFT’’ literally in the hands of these artists and celebrities is truly overwhelming to me’’. She continues, ‘’XUMANII is the ultimate gift of empowerment….I am honored to be a part of this ground breaking movement that will completely revolutionize the way we market and communicate today within the entertainment industry …. returning the control and the revenue where it belongs; with the creators ’’.
The future is NOW….the Future is HERE….the Future is XUMANII
because….LIVE is beautiful!
#######
Contacts and Information:
BMI URBAN MUSIC AWARDS Official Luxury Lounge Thursday Sept. 10th ,2009 to be held at Jazz located at Lincoln Center in New York City from 11am to 4pm. RSVP.
MTV VIDEO MUSIC AWARDS Gift Suite Saturday Sept. 12th, 2009 to be held at MTV Studios Building from 12pm – 7pm . RSVP.
Celebrity Reps/Publicists and Press make requests and RSVP at Rpadmore@EnigmaPublicRelations.com and Michael@RedCarpetGiftSuite.com

For all interviews request with Alex Frigon and Tandy Weems
Contact: PrinceWilliam at Pw.MakeItHappenPR@yahoo.com

What is your PURPOSE for JOINING the CORE DJ RADIO NETWORK?
i am into the business