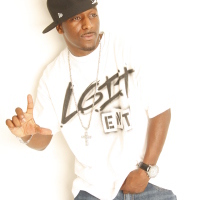 JBIZ AKA VP OF LETS GET IT THERE's Friends

Welcome to The Core DJ's Network! What is your Name? (PHOTO IS MANDATORY)
YESJERZ

What is your PURPOSE for JOINING the CORE DJ RADIO NETWORK?
pushing good music and good business 2 the world!!

LIL INFO ABOUT THE COMPANY AND TEAM I REPRESENT

During a time when there seemed to have been a drought in authentic hip hop, Lets Get It There Ent EMERGED ON THE SCENE. Created to deliver that real Jersey Hip hop, Chupie gave birth to the name-LETS GET IT THERE ENT. It was a slogan full of ambition that he often chanted and soon took on as a mentality for his future. With the help of his partner, Jbiz, these two have been making daily moves to get the movement on the radar of success and all of its many levels.
Now in 2008, LETS GET IT THERE ENT is a multi faceted team of entrepreneurs,artists, and aspiring young individuals grinding to better not only their future but also the future of MUSIC. Pay attention to these talented individuals as they move as a unit to reach their goals.JERZ UP

Jonathan Russell, known to the music industry as J Biz, is an eclectic, high energy, “feel good” musical rhyming talent, who has recorded some of the most incredible show stopping songs for the hip hop genre. Born in Bronx, New York and raised in Plainfield, New Jersey, his journey began with a love for writing lyrics that paralleled both his and his friends’ experiences in life. He draws his inspiration from energy and a love for people and the hardships to triumphs we all live. Jonathan was once quoted as stating, “im trying to put out music that not only benefits to my self content but also places joy,emotion and inspiration in the hearts of the listeners."
He has recorded two E.P.s, and his most recent first solo mix tape, G.W.A.V. (Get With A Visionary). From his early start of performing throughout the NJ and NY club & lounge scenes, his success has led him to perform at BET’s 106 & Park live show, the Giant Stadium State Fair, multiple RIX Magazine venues, Wall Stadium, Bam Margera’s Skate Park, and has won him play on multiple NY/NJ local radio stations down to Atlanta (Boss Lady Ent. Show). Backed by a growing domestic and international following both through online sites such as Reverbnation, Twitter,facebook,myspace and the list goes on. He recently was placed on a mix tape released in Belgium (DJ Emiliot). He is the co-owner of L.G.I.T. Ent. (Let’s Get It There Entertainment), both a label and a multi-faceted team of entrepreneurs, artists, and aspiring young individuals working to better not only their future, but also the future of MUSIC. In addition to being an artist, J Biz is also a co-producer of a music and news station, Jerz Up Radio on WWW.HEARNEWBRUNSWICK.COM, which streams worldwide on the internet."I feel successful already because i am fulfilling my goals and aspiring everyday. I am gaining fans and touching people with my music. If i had the money that many are paid for this craft it still couldnt replace those genuine things that i have experienced thru my music." In early 2010, J Biz is planning to organize a tour for his release, and increase the influence of his L.G.I.T. label, to make himself more of a staple in the music world and more effective at opening doors for aspiring individuals.
HOLLA AT ME

JBIZ AKA VP OF LETS GET IT THERE's Photos

JBIZ AKA VP OF LETS GET IT THERE's Blog

I want you to listen to my new song A Selfish Billionaire I know you will love it. Go on my website it will auto play. Spare change to Nicaragua or sponsor a Nicaraguan child by clicking here