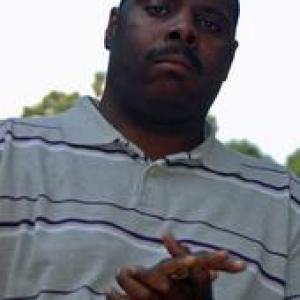 Ronnie Run has not received any gifts yet

Welcome to The Core DJ's Network! What is your Name? (PHOTO IS MANDATORY)
Yess

What is your PURPOSE for JOINING the CORE DJ RADIO NETWORK?
to get heard

What's Your Title/Business (What do you do?)
I am a rapper

Born and raised in a small town of Winterville, North Carolina Ronnie Run is a well-known rapper with a lot of streets credit. “I want to put North Carolina on the map and show people that there is talent around the state.” Growing up around the Pitt County area was just plain and real for Ronnie. “Where I’m from was nothing different from your New York or LA. Living in the South; the pace is slow and the hard work is there.” Starting out as a DJ; Ronnie knew or thought this was something he wanted to do. “After the Dj thing fell through; “I had a backup plan and it was rapping.” Ronnie’s influences are God, my daughter Jocelyn, my family, The Sugar Hill Gang, Grandmaster Flash and the Furious Five, 2Pac, Notorious BIG, Rakim, Ice Cube, Dr. Dre, KRS-One, LL Cool J, Run DMC, Beastie Boys, Jay-Z and the list goes on and on. “I remember the first time I heard “Rapper’s Delight” by the Sugar Hill Gang and I knew from that point; rapping was something I wanted to do.” It was during a school test when Ronnie wrote his 1st rap song. After that I called my cousin Big Buji and he told me that he was putting beats together so we got in the studio and did my first EP "Lyrical Masta;" it became a street classic. Two of those songs hit the radio airwaves "Ghetto Stress FT. Black Chyna” and “North Kack for Real.” With the success of these songs, I thought it was time for me to try a new producer. I kept writing and one day while listening to a mix tape I called the producer off the CD, and the rest is history. ” I called the producer from Sick Man Productions, we talked and within two weeks I was recording my first song;”Back 4 Tha’ Third Time”. The title track, “4 tha’ Club,” debuted on the radio and quickly caught buzz around town as well as in other states outside of North Carolina. After the song appeared on the radio; Ronnie thought it would be a good idea to shoot a video for the song. “I got with my homeboy John RoRech and we ask Shawn (the owner of Club Dynasty) if it was ok to shoot the video there and he said it was cool.” About two months later I submitted the video to BET late night show “Uncut” and within a week the video was being shown before a nationwide audience. “I thought it was a blessing and an honor to be seen and heard on a level like that.” Soon after that; Ronnie thought it was time to hit the studio again and keep the street flooded with some more hits. “I had to build up my fan base so that when I drop the sampler CD “Cleanin’ Houze”; the fans would love what they heard. ” There was one joint the fans and the DJ’s were feeling and that was “Bump Dis’ (Carolina Ridin’). “I thought it was time to show the world how the Carolinas get down and let them know what we were all about.” Now Ronnie Run is about to drop his mix tape “Hot Joints Vol. 1” with one track making noise as we speak. You can’t go wrong with “I Remember,” which is making some crazy noise as we speak! Ronnie is continuing to network and recording, waiting to get a break. “I am bringing a whole lot to the table as a artist and I am willing to give 200% if needed”

· JamWave.com- Debut at NUMBER ONE in the charts

· Soundclick.com- “Song of the Day” twice for 2 different songs, one of the most talked about person on this site!

· WhoRyde.com- Unsigned Spotlight for the month of March.

· TightNetRadio.com- “Ghetto Life” was given 3 out of 5 stars!

· DurdeeSouthRadio.com- in rotation based out of Atlanta, GA

· MADD Houz.com- in rotation based out of Chicago, IL

· IndependentArtistCompany.com- 2 songs in the top 30 in the Hip Hop Charts! ,

· JangoAirplay.com- “I Remember” currently in rotation,

COMMENTS on “I Remember”:

· DJ Green Lantern says: “Finally this is what I am talking about! A song with nobody getting killed”

· DJ King Bee from South Carolina says; “Ronnie Run is the truth he is nice on the mic”!

http://www.nuttsmagazine.com/ronnie_run.html This the interview I did with Nutt Magazine yesterday. Shouts out to Brigee_2000 for the time he did on it!

Listen to this song thats sweeping the radio stations "I Remember" on www.motahiphop.com this Sunday between 5pm and 7pm . Call and request my song at (347)215-9394. This Sunday and every Sunday!

Carolina Blue Print! I made the cut! Shouts to SmallWorld!

Check your boy out I am the featured artist on http://music.mediapik.com/ I am trying to do the the damn thing! HOLLA!

I am featured up here They gave "I Remember" 3 out 5 stars!
Read the review! Ronnie Run - I Remeber

Flow- Basic ( but got potiential)

Verdict- Its not bad but its not spectacular either. I like cuts about reminising on good times as special with everything thats going on in the world right now. I need to… Continue