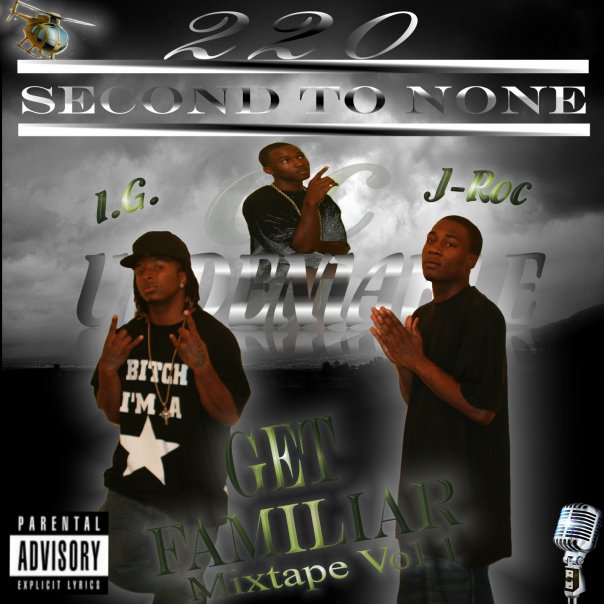 We need some work, we are starving artist trying to make foot prints in the sand. Here's our free mix-tape. All we ask is just a listen. If you give us feedback we would appreciate it.Thanks to…Continue

What's Your Title/Business (What do you do?)
Sch Records

Second To None has not received any gifts yet

A Long Row to Hoe is an old country Mississippi slang phrase for doing the impossible and can also describe the rap duo, “Second to None”. “I.G.” and “J Roc” born Ivan Gilbert and Jeremy Reed are doing the impossible. They formed the group “Second to None – 220” in 2008 in a small country farm town called Holly Bluff. When asked about the small town with a population of 148 and I.G. said; “Very few people have heard of Holly Bluff but that’s where we reside, it’s our home and will be forever even if we decide to move. These grounds made us and Holly Bluff is what inspired us to be great and forced us to have creative minds to think outside of the box. So we rep it like we are a million strong even though it’s a small population”.
Second to None has been performing live all over Mississippi since early 2008 and J Roc explains that the forming of 220 had to be an act of God. “Musically, what God has planned for us is destined to come to pass. When we are on stage we entertain & we interact with our fans, it’s an indescribable feeling when we are performing and to see people that we have never met singing the lyrics to our songs, priceless.”
Second to None released their first mix tape entitle “Get Familiar, Vol. 1” late 2009 and are in the studio working on their follow-up mix tape “Get Familiar, Vol. 2” to be release mid summer 2010. Plans are set to release their Album in the last quarter of 2010 or the first quarter of 2011.
When asked about the style of 220, our style is “us” said I.G. “We are very raw, diverse & lyrical. It’s rare to hear rappers from the south maneuver over tracks the way we do. We feel we have what the world needs and what the game is lacking .We make music that people love.” J Roc adds his touch to the emotional side of their music. “Our music is not only emotional to us but is life’s emotions, we try to capture every moment of what we do & put it into concept and create songs that our fans can relate to. Whether you’re happy, sad, going through hard times, joyful, stressed or what ever it is, we try to touch basis on it the best way we know how.”
Second to None has set their goals to be the best at what they do and will continue to give 110% to their fans and friends. “We plan to be one of the best duos ever and with our determination and passion for hip-hop and music in general, we feel we can conquer them all.”
Quote: Music is us and we are it; We live it and breathe it. This is all we have positive that is going on for us to feed our families and live the lifestyle that we’ve all dreamed about living. The top is where we are headed!