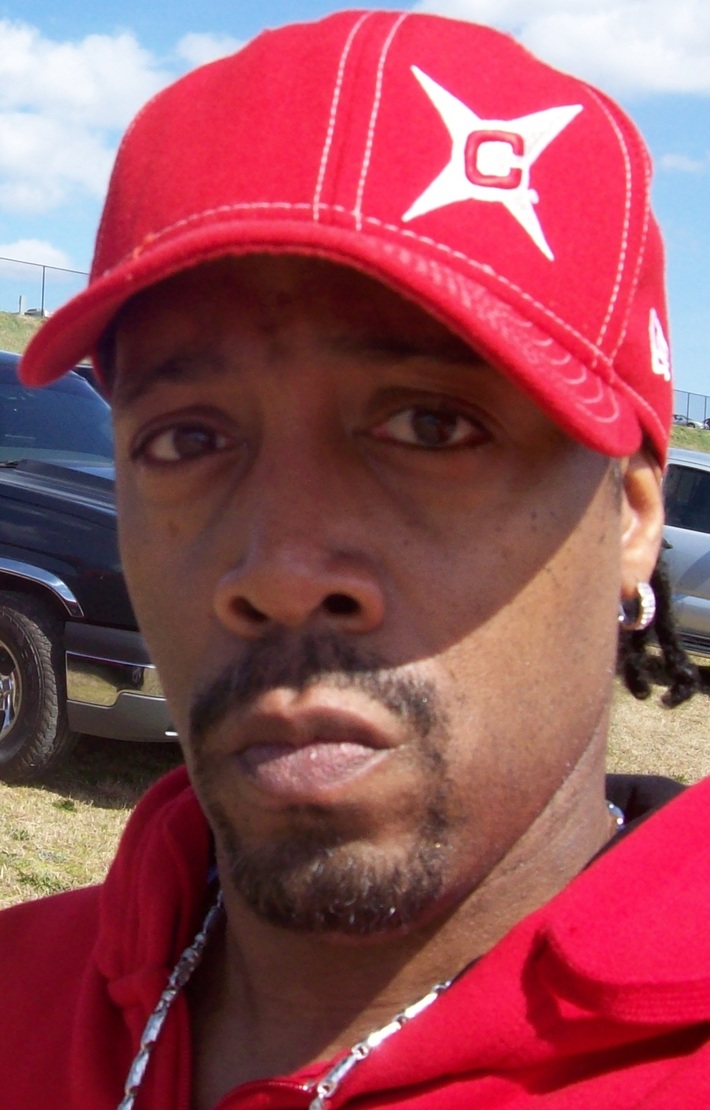 Spyder D Hughes has not received any gifts yet

The Miles Davis Of Hip-Hop

What is your PURPOSE for JOINING the CORE DJ RADIO NETWORK?
I make beats like God make Fire and Rain

According to Wikipedia, “Spyder D (Duane Hughes) was a classic "old school" rapper and producer from New York City who combined elements of jazz and funk in his live instrumental backing tracks. "Big Apple Rappin'" was perhaps his most famous 12", released on his own Newtroit Records in 1980, becoming the first rapper to do so. Another notable release was "I Can't Wait (To Rock The Mike)", released in 1986 as single—a version of the Nu Shooz hit "I Can't Wait".
Other Spyder D releases include "Buckwheat's Rap" (Profile, 1985), and the house party hit "Smerphie's Dance", now an often-sampled cult classic (not to be confused with another early 80's song called "The Smurf", performed by Tyrone Brunson). Spyder D's brand of music was characterized by a laid back attitude, humor, and skills on the microphone. He released a full length album in 2000 entitled True Dat, which didn't earn the acclaim of his early work.
In 2005, he was the owner of an ABA franchise, the Charlotte Krunk (named after a type of hip hop music). Glenn Toby (www.glenntoby.com), founder of [The Book Bank Foundation] (http://www.thebbf.org/index_english.html) and former rap rival from Queens, NY (known then in the rap world as "Sweety G"), utilizing his knowledge gained as a sports agent, teamed up with Spyder D to help build the franchise. The franchise moved to Atlanta and joined the CBA under new majority owner Freedom Williams, the former lead voice for multi-platinum dance-hop group C&C Music Factory, where Spyder signed Grayson Boucher, aka The Professor of And 1 fame, and recruited NY basketball legend Kenny Anderson as head coach.”

Biography
As an artist/producer, Duane Hughes (aka Spyder, or Spyder D), shared the 80’s musical spotlight with fellow Hollis natives Run-DMC, LL Cool J, Davy D, Hurricane, Orange Krush and Alyson Williams. Childhood schoolmate Russel Simmons later became his manager and mentor in 1983. As a young upstart with entrepreneaurial ambitions, Spyder formed Newtroit Records with college friend Tito Lewis with financial backing from his mother, Doris Garrett. That endeavor spawned the above mentioned classic "Big Apple Rappin'", listed in "Ego Trip's Book of Lists" as one of the all time 12" rap singles. Other hits folowed, including the twice Gold "Smerphie's Dance", co-produced by "Bounce, Rock, Skate, Roll" artist Vaughan Mason & Butch Deyo, which was based on the 808 beat created by Spyder in Vaughan Mason's East Orange, NJ basement studio (this beat became the backing track for the Dr. Dre/Fifty Cent produced "How We Do" by The Game which earned Spyder a 1986 BMI writer/publisher award . Spyder produced several more classics for artists such as Infinity Machine's DJ Divine, Sparky D, Roxanne Shante', as well as a string of independant record label hits for Profile Records , Select Records, Spring Records and a joint label venture with Next Plateau (launching Fly Spy Records).
He also managed Power Play Studios in Queens, NY, from various stints from 1983 to 1998. At one point, Power Play was the focal point of Hip-Hop recording. Spyder engineered for, and mentored to a few up and coming acts including the then eighteen year old Teddy Riley, Salt -N- Peppa producer Herbie Azor, and a pre teen Peter Gunz. Through the urging and tutelage of legendary disco era producer Patrick Adams, Spyder began to teach himself the art of recording engineering in 1982. After sessions at Power Play had ended, began teaching himself how to record and mix without aid of an assistant, or an engineer. He then began engineering his own sessions before he felt comfortable enough to engineer for clients. His engineering clients span a range of genres, but was mainly based in the Hip-Hop community. He engineered on various projects for acts such as Nas, The Beatnuts, Large Professor, Fat Joe, Capone & Noreaga, Kid & Play, Eric B, CJ, Akinelye, DJ Polo, ex NY Knicks basketballer Tony Campbell, Father MC, and major labels and major independent labels such as Loud/RCA, Sony, Def Jam, Atlantic, Tuff City, Profile, Nia, B-Boy Records, and Rawkus to name a few.
Spyder moved to Los Angeles for a brief stint beteween 1989 and 1992 where he worked with KDAY-AM’s Greg Mack and Curtis Harmon. Mack was briefly his manager and signed him to his independent label that was distributed through Motown. Spyder frequently co-hosted for Harmon’s Master Mix show as guest MC. In LA, Spyder met graffiti/graphic artist “Q” aka Chino, and through him, met DJ Motiv8, who later became the Black Eyed Peas DJ.
Spyder co-engineered and recorded his first full album, the now classic “Gangsta Wages”, with multi-platinum remixologist Greg Royal , which was released through his own Hype-Hop label (co-owned B Carlos Geddings). The imprint was distrubuted through Macola Records who, at the time also had Two Live Crew, and Dr. Dre’s World Class Wrecking Crew. Spyder also worked in the studio with Malcolm McClaren on writing lyrics for Sparky D for McClaren's Hip-Hop/Opera fusion.
in 1996, after once again taking over the reigns as Power Play Studios full time manager, Spyder began a dual role as both engineer and manager for the renowned studio. He quickly learned the state of the art SSL G Series recording and mixing console from some crib notes given to him by chief engineer Dino. He brought back in to the studio such luminary clients such as DJ Run of Run-DMC, producer Larry Smith (Whodini, Run-DMC, Grandmaster Flash), BDP’s KRS One, Herbie Azor and Salt & Peppa, as well as bringing in new superstar producers like P Diddy Hit Squad producer Ron (Amen Ra) Lawrence.
In 1997, Spyder moved on to become manager and engineer for Gospel Jazz musician Mel Holder at Toy Factory, another Queens, NY based recording studio. At Toy Factory he engineered for such clients as Mic Murphy of The System, and Pharoah Monch of Organized Konfusion, as well as on Mel Holder’s stirring saxophone rendition of R. Kelly’s "I Believe I Can Fly".
In 1999, Spyder moved to Atlanta, and began freelance engineering at Dallas Austin’s DARP Studios, and Bobby Brown’s Boss Recording, bringing in some of his NY and northeast clientele, including Jam Master Jay protege Derrick Stanfield.
Currently, Spyder is working on his autobiography and working out of his home recording studio on his final rap album, entitled “Legendary”, in honor of the legendary people he has worked with over the span of his career. Plans are said to include adding guest vocal appearances by some of his mid eighty rap contemporaries, as well as some of today's "dirty south" rap stars, and be released from his revised Newtroit record label. He is also currently gathering unique content for his Spydo Mobile cell phone content and technology division. One such project involvng this new cell phone technology is with the Fantastic Aleems, as they were known as the Ghetto Fighters when they lived and did backgrounds for the legendary rock star Jimi Hendrix. They have signed a multi-platform deal with weRu, technology consultants with Spydo Mobile.

His modest studio consists of the Pro Tools Command Console, fully blown out Roland 1680 HD system with Roland digital work/sampling station, and Kurzweil 2500 series weighted keyboard, with Roland mini monitors and various analog and digital outboard gear.“ I have been blessed to be able to work with some pretty luminary artists and producers in this business”, says Spyder. “That has allowed me to expand my musical boundaries past rap and Hip-Hop, though that will always remain in my heart. I had to do this final album to remind the youngstas the struggle of rap artists that went before them. Who opened the doors so that they could walk through”.

Find more videos like this on ThisIs50.com : IF IT'S HOT IT'S HERE!


Find more videos like this on ThisIs50.com : IF IT'S HOT IT'S… Continue

DJ Ace (Skinny Bwoy) said…
HITTING Y'ALL OFF WITH SOME SH*T!!! COUNTERACTION TO JASMINE SULLIVAN'S "BUST YOUR WINDOW" BY SADIKI!!!