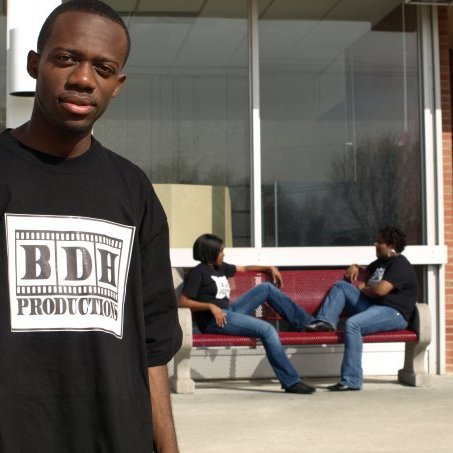 Wade Banner of K97.5 has not received any gifts yet

What's Your Title/Business (What do you do?)
Air Personality for WQOK

What happens when you mix a South Bronx swag with the streets of Durham, North Carolina? You get the self-proclaimed "Chief Wit The Swag," Wade Banner, The Overnight Celebrity.

Wade Banner is a Mass Communication major at North Carolina Central University. Beginning as a rapper/actor, Wade took his production skills and began working at the campus radio station.

22 years old, Wade Banner may be new to the industry but he's definitely not a baby to the game. With a knack for promotions, Wade became a College Representative for Atlantic Records and the Director of Promotions for his school's radio station.

Hard work, dedication and creativity, helped Wade to skip over the intern process and become a personality at Radio One Raleigh's, K97.5

Wade Banner feels he's God blessed with a talent and the drive to take that talent to the next level. For Wade Banner, the sky's the limit and that's why he's the "Youngest In Charge."

I got a lot of plans for the future. Working on major events and a lot of music. If you tryin to build then holla at me, the contact info is below.

dj infotek said…
i diggin this track. lets get it

DJVersatyle said…
yea your right, this track wit the video is hot cause DJVersatyle says so. I need you to send the track to my email. I will need a drop and a jpeg photo for promotion of your work.
The Versatyle Mix tape Show
djversatyle1@gmail.com
you need to get on my next mix tape.