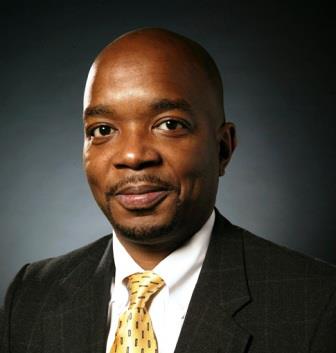 In a news release, the nonprofit organization said after learning of his arrest, Johnson was fired.

A criminal complaint in the case says Brown Deer Police spoke with a woman who told them her three sons had told her they had been sexually assaulted by Johnson — a family friend, one son’s former fifth grade teacher, one son’s godfather and her sons’ former school principal.

Most of the assaults occurred at Johnson’s Brown Deer home — a home Johnson called “The Ranch.”'

The complaint says that woman told police her three sons attended the Young Leaders Academy while Johnson was the school’s principal.

The mother told police her sons did not have a strong father figure, and told police Johnson assumed that role, according to the criminal complaint.

The woman said over the years, her sons would visit Johnson’s residence and the visits would vary from a few hours, to spending the night — according to the complaint.

The complaint says as the boys were preparing for college, the boys’ mother encouraged them to seek Johnson’s advise, as he had “helped people go to college.”

The complaint says at some point, one of her sons no longer wanted to go over to Johnson’s house, without explanation — telling his mother he “hated” Johnson.

The complaint says another son got a phone call from Johnson and refused to speak with him. That’s when the complaint says the boy went outside and spoke with Johnson, before coming back to the home angry.

The complaint says the boys’ mother spoke with Johnson, who said the boy “might have been mad about a story crafted by his brother about how Johnson had touched him when he was younger.”
Then, the complaint indicates the boys’ mother received a text message from her son saying: “Sorry mom, but there is some stuff that you are about to find out.”

The complaint says the boys’ mother told officials that upon learning of what happened, “certain circumstances and behaviors that seemed unexplainable now made a lot of sense.” She also stated that she is concerned because she is aware that “lots of kids” — mainly boys, would go over to Johnson’s house.

The criminal complaint in the case says Johnson called his favorite students from YLA his “godsons” or “favorites,” and one of the victims in this case told officials he believes some of the “godsons” still visit Johnson’s residence. The complaint says Johnson had referred to himself as the “Godfather.”
The criminal complaint indicates many of the sexual assault incidents occurred while the boys were sleeping over at Johnson’s home.

The complaint says during a search warrant of Johnson’s home, they discovered what appeared to be height markers on the door frame to Johnson’s master bedroom.

Additionally, the complaint indicates officials discovered two letters addressed to Ronnie Johnson from the Waupun Correctional Institute, one of which read, in part:

“I have a question for you that might shock you a lot. I want you – no I need you to answer it straight forward. Truthfully. Why were you making me do those things to you, and why were you doing them to me? Sexually? Having me touch you, and making me lay on my stomach while you’re on top of me? And everything else that was going on when I was @ that very young age? In every way, you molested me Ronn. It may no have been in a violent way, but you did. You sexually molested me. Why? I sometimes sit and wonder if that is one of the reasons why I was acting how I was. Doing what I was doing. Running the streets and all.”

In the criminal complaint, investigators reviewed a text message between Johnson and a victim. Police say Johnson claimed a demon possessed him.

Court documents show a separate victim recorded an alleged assault in a journal.

Officials also discovered a sex toy, Playboy magazines, a photo of a young man sleeping, letters from former graduates of the Young Leaders Academy, a silver iPad, and several photos of unknown juveniles, according to the complaint.

Brown Deer Police say they are still investigating, believing this has been occurring for many years, with multiple victims.

Police are following up on numerous leads to identify and locate any additional victims — some of which may be in other states.

Meanwhile, Johnson’s next court date is scheduled for August 12th — for a preliminary hearing.