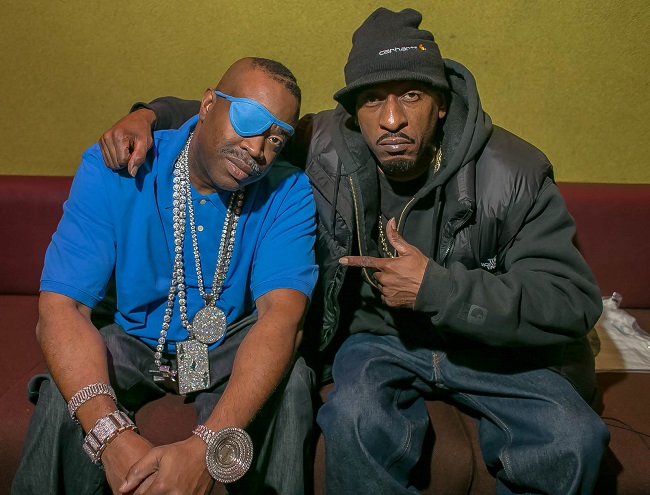 New York, NY December 15, 2015 – For Immediate Release – NYC Night Life Ambassador, Adante Ace, kicked off the first big event of 2016 with new, exclusive monthly event “Old2TheNew/#BridgingTheGap of Hip Hop” at club Play in Elmhurst, Queens. Performances were by Slick Rick and Rakim, with DJs Envy, Self and Chris Dollar on the wheels.

As hip hop continues to shape contemporary mainstream culture, a big ups is in order to Adante Ace of Ace of Spades Entertainment, who’s undertaking to infuse real hip hop into the NYC party scene, fosters continued awareness and connection between party goers – and the originators of the music genre. Adante Ace will host the #Old2TheNew signature mixer once-a-month, as a segment of the venue’s #foreplayfridays and #tastemakerevents edition.

To help ring in the New Year right, Adante Ace called on the “DJ of The Year” to help provide the musical backdrop for #Old2TheNew. DJ Envy is resident spin master at Power 105.1’s Breakfast Club, and as one third of the successful Breakfast club team, has held numerous interviews with such celebrities as Jay Z, Future and Meek Mill among many notable others. Rated Power 105.1’s top New York DJ for a few years, and one of VH1’s newest additions to the cast of Love and Hip Hop, DJ Self, also spun alongside DJ Envy with A.O.S. resident DJ, Chris Dollar, to make the #Old2TheNew one of 2016’s unforgettable party experiences.

Said Adante Ace of his latest propitious venture: “I just love bringing new, fun events to my city. It has always been about fun for me for the past 20 years. When I do an event, I want people to talk about how dope it was for years to come.” For more event information on this monthly mixer visit @old2thenew on Instagram.

Check out the photos from “Old2TheNew/BridgeTheGap” at Club Play.