Atlanta artist/producer Ace Drucci is releasing a new single called ‘I Got That Work’ on September 7th which includes a collaboration with long time friend and artist Queen G. Both artist are originally from is Wash, DC. Drucci recent album ‘The Hustle’ had great reviews and spawned a successful single called ‘Work It’ which gained heavy rotation on DC’s premier radio station WPGC 95.5. The single is being released by Warner Music Group (International). 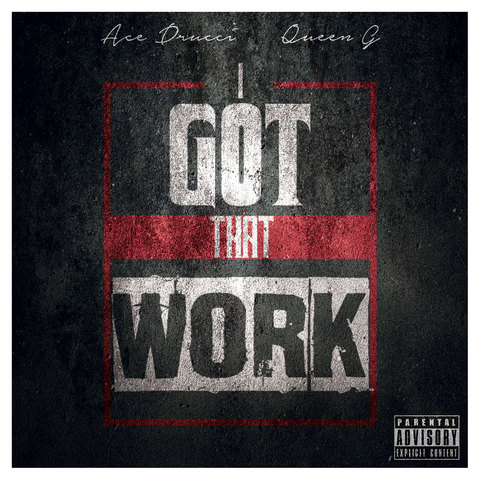 Ace Drucci is a producer and artist from Washington, DC who roots begun as a musician in various bands throughout the DC Metro area at age 15. Ace Drucci has worked as a producer on songs with 2 Chainz, Snoop Dogg, Ne-Yo, Lil Scrappy and a few more. Drucci’s music has over 8 million streams, chart success and a gold record.

Queen G is an Atlanta artist originally from Wash, DC. with a big personality and even bigger passion for performing. She has put in a lot of ground work performing in major shows, hosting events and releasing 3 successful mixtapes. Queen G is also currently working on her debut release.

Warner Music International (WMI) is Warner Music Group's (WMG) global (ex-US) recorded music division that markets and distributes WMG's world-class roster of U.S. and international recording artists through a network of affiliates and licensees in more than 50 countries. With a commitment to developing local talent as well as marketing international superstars, WMI leverages its expertise in each region around the world to attract and cultivate a diverse international artist roster. WMG is a pioneer in delivering music content in new and exciting ways, with a track record of ‘firsts’ in the digital space.