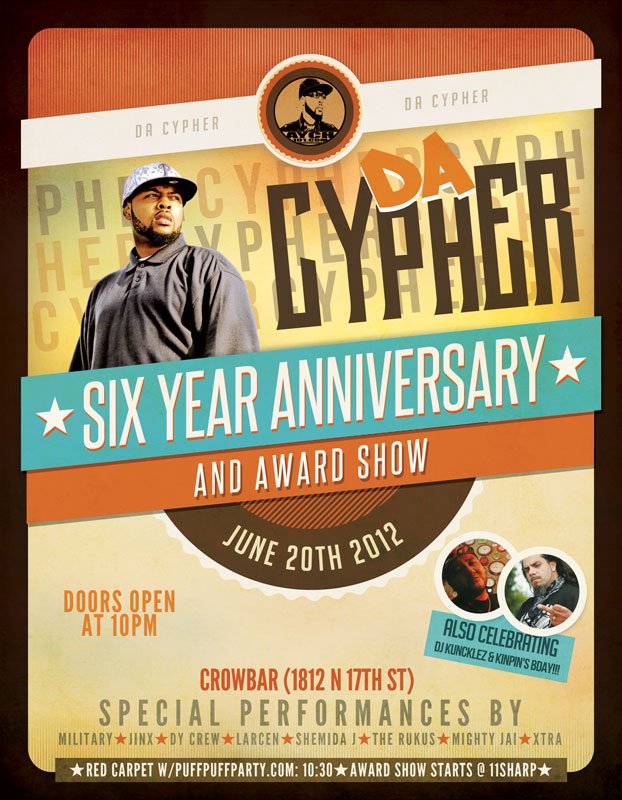 Da Cypher is the longest running hip hop open mic night in Tampa history. Every Wednesday night Aych and Zulma (Z Muzik) open their doors to anyone who wants to work on their craft! Da Cypher is celebrating 6 years of breaking artists, providing a performing platform, and networking events. Aych and Zulma have actually taken things a step above and are also recognizing certain individuals with a Cypher Award. This will take place Wednesday, June 20th @ the Crowbar (1812 N 17th St, YBOR CITY) with the red carpet powered by Puff Puff Party at 10:30pm and the awards kicking off at 11pm sharp.

You are invited to attend and bring EVERYBODY out, cause this will be a much talked about and celebrated event. Don't be left out in the dark hearing about it, be there!!!