Da' Hitman - Diggin in the Crates: Charles Hilton Brown "Owed To Myself" 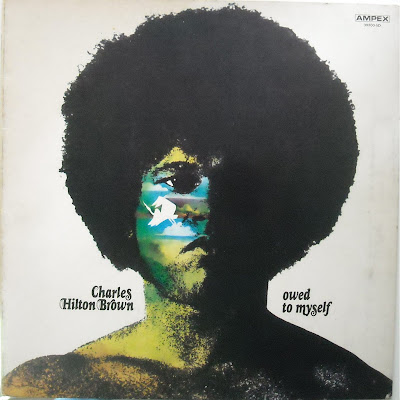 I came across this Charles Hilton Brown "Owed To Myself" record today and finally got the opportunity to drop the needle on it...dope. He's got some cover material like "Try a Little Tenderness", "Ain't No Sunshine", and "Love Train", but the highlights are easily the funky originals. The album was recorded in Italy and released in 1974 on the Ampex Records label and apparantly is considered a rare issue but there was a reissue done by Schema Records in 2000. Charles Hilton Brown was military based in italy in the 60’s and was the lead singer of the Four Kents. But it was in England where he met up with a scathing Afro-Funk band called Assagai and they decided to record an album that Charles felt was “Owed To Himself". This is the ONLY album ever recorded by Charles Hilton Brown. Ever. I did some research and through every possible resource I know - I could not find any history of any piece of the album ever being sampled. This is exactly the kind of thing that separates me from other DJs - diggin in the crates for gems just like this, then flipping them into my mixes. Normally I would sit on a secret weapon like this, but today I'm going to share two of his original tracks to give you a taste of the flavor I'm about to twist in my mixes.