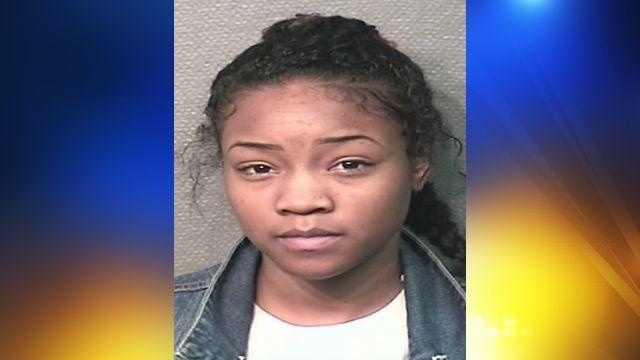 HOUSTON - Two women are accused of robbing a man of Jay Z tickets he was selling through the website Craigslist, then running him over in their vehicle.

According to court documents, the male victim told police he could not go to the Jay Z concert at the Toyota Center in Houston so he posted eight tickets for sale on Craigslist. On Dec. 15, 2013, he says he was contacted by a buyer and they agreed to meet at the Starbucks at 1801 Durham.

Court documents state the man met the two suspects, later identified as Denitra Sherrelle Green and Cessica Desha Darden, after they asked him to come outside the coffee shop because they couldn't leave a baby in their vehicle. Green was driving, Darden was in the passenger seat and Darden's baby was in the back seat.

The man and his girlfriend went up to the vehicle to speak to Darden through the passenger side window. He told police he leaned into the window with the eight tickets so the suspects could see the tickets better and that's when Green accelerated the car.

Investigators say the man got stuck in the passenger window, grabbing onto the door and pulling his feet off the ground as the vehicle sped out of the parking lot and onto Durham.

The man asked Green to stop the vehicle, but she refused and Darden kicked his arm to try to get him off the car, according to court documents. Eventually, the man fell off and the suspect's vehicle ran him over.

Court records state the man suffered a broken left arm, broken right hand, broken right leg, a torn right knee and severe road rash to his face and body. Doctors told police the man may need plastic surgery, may not have full use of his now-deformed fingers and may not be able to walk the same as before the incident.

Police say several witnesses saw the car speeding down Durham with the man hanging on. One of them was able to write down the license plate number.

The man and his girlfriend picked the suspects out of a photo array, police say, and an investigator located Green and Darden at the Jay Z concert sitting in the seats from the stolen tickets.

How did they think that they could get away with this? We live in a society where surviellence (sp) is king! We have to do better as a society.

what the.... I'd have machette their face! #africanstyle

Seriously as a people we gotta stop doin dumb s#!t for 2014 & beyond, this is retarded!