Future Reportedly Suing Drake For $1.5 Million After Being Dropped From Tour @HotNewHipHop 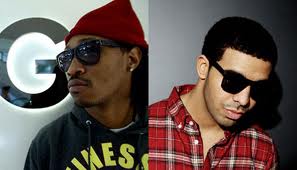 Drake appears to have taken Future off his tour following comments the Atlanta rapper made about "Nothing Was The Same".

It seems like Future's comments about Nothing Was The Same have cost him his opening slot on Drake's "Would You Like A Tour". According to Page Six, Drizzy requested that Future be taken off the tour the day the controversial quote was released.

In case you missed it, Future spoke to Billboard about his new album Honest, and ended up comparing it to NWTS. "Drake made an album that is full of hits but it doesn't grab you. They're not possessive; they don't make you feel the way I do. I want to make you want to fall in love," said Future in the interview, though he quickly disputed the quote in a subsequent tweet.

"Respect to Billboard, disappointed on being misquoted..always love for my fam Drizzy Drake," said the Atlanta rapper, but apparently the damage had already been done.

Drake was not happy with the interview, a source revealed. “He told his agent either Future gets fired, or he’ll fire him.”

While the Pluto rapper was successfully fired from the bill, negotiations began to restore his opening slot last week, though in the end Future's camp left on their own accord after refusing Drake's request for financial compensation.

Apparently Future is now set to sue Drake over lost wages, for close to $1.5 million.

[UPDATE: Jhene Aiko Has Reportedly Been Added To Drake's Tour]

Word from DdotOmen and Ashley Outrageous is that Jhene Aiko, who was featured on Drake's Nothing Was The Same LP, has been added to the tour to replace Future. Evidence for this is also seen in this IG post.

No confirmation from either party yet, stay tuned.