The great Erykah Badu once said, “I planned my success. I knew it was going to happen.” And so it is with New Orleans, Louisiana artist/songwriter/entrepreneur JAYARSON.

JAYARSON is one of the most hard-working rappers of our time. And he is known for consistently dropping projects. His new EP entitled “Hold Us Down” just dropped to wide acclaim. The EP may only offer 6 tracks, but it is a masterpiece in and of itself. He is constantly putting in work and is one of the most sought after featured artists in the South. You can’t write the story of modern Down South rap without including JAYARSON. He is undeniably an icon. 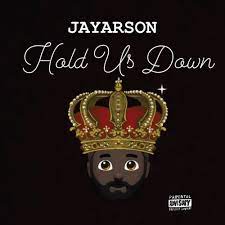 The EP is available for download and streaming on all digital platf...