Just opening up our radio slots for this year if u are interested join us on www.IndustryBuzzZ.com first come first slot (FREE) for members

CALL IN LIVE AND JOIN THE CONVERSATION

Lil Prophet’s Biography
Teens across the world are looking for a change in the Hip Hop Culture; they hear alot of the same type of music and repetitive artists and sometimes would like to have fun. Here to lead the youth today is 23 year old energy filled; crazy for Christ; screaming onstage; sound doctrine taught; bible believing fanatic Lil Prophet. This young man comes from Chicago, Illinois and is in the industry but not of it to stay.

"I love to show excitement onstage. The youth can relate to somebody acting so crazy onstage because they act crazy all of the time. They are tired of being controlled in the church and not being able to have fun. I come to let them know that they can still have fun in God, but will need teaching to. Prepare for a change!"
E.Dot Biography
Born and raised in Detroit, MI. Now residing in Atlanta, GA, Earl "E.DOT" Hackney III has been producing for over 10 years and writing/performing/rapping for over 14 years. He has developed his style over the years by working with various producers,artists, and engineers who bring numerous amounts of flavors to the music world. E.dot has recently crossed over from the rap/hip-hop Genre to the Christian Rap genre. Once he received the calling of the lord on his life, E.Dot has not looked back. His debut album entitled “Motivational Speaking”,was released June 29th, 2009 and is available online at amazon, itunes, cd baby, napster and more .
On top of receiving the award for Producer of the year at the Y.G.E.A(Youth Gospel Entertainment Awards)(sep.2009), E.DOT has also had the opportunity to have his work showcased on MTV, B.E.T and the ION Network and has shared the stage with huge acts such as New Edition, Lil Wayne, Barlow Girl, Shane &Shane, Francesca Battistelli,Echoing Angels, Rock City, Canton Jones, Tye Tribett and more. While currently, finishing up his second album, entitled, Life, Love, Beats and Rhymes, E.Dot also finds time to produce for other talented artists such as Delra Harris and T-rep the Young Prayzr. His influences are Canton Jones, Kirk Franklin, Timbaland, Dr.Dre, Bryan Cox, N.E.R.D, Kanye West, and JUst Blaze.
If asked to explain his style, he would simply state: "The sound of the Future"!!! E.Dot's Plan is to lead the youth in a positive way towards the truth of GOD and the purpose he has for us while we are here on earth. E.Dot sets an example by using witty hooks and innovative production to express his self, letting the world know; 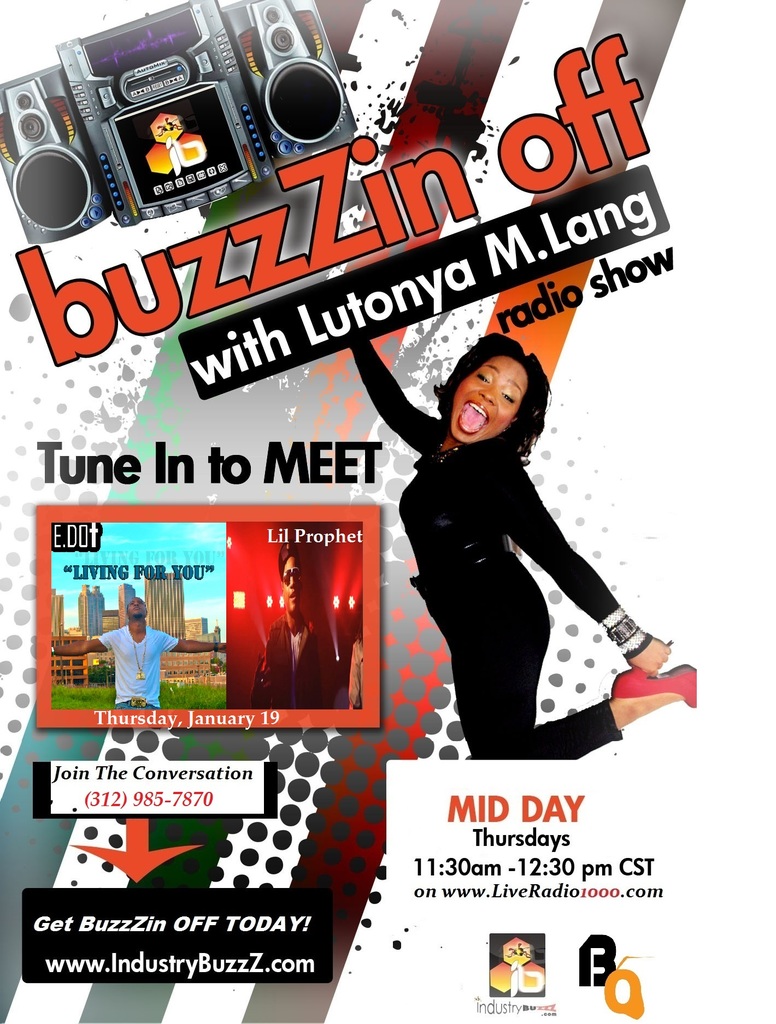 CONNECT WITH THEM TODAY

ADVERTISE WITH US TODAY!!!