[MUSIC NEWS] Prince re-signs with the label he once said he was a 'slave' to, Warner Bros Records @BBCNEWS 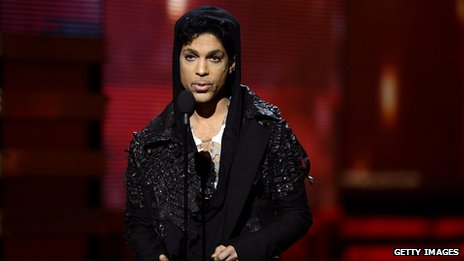 Pop star Prince has a signed a major deal with Warner Bros Records, the label he famously fell out with nearly 20 years ago.

The split was so acrimonious that Prince called himself a slave and changed his stage name to a symbol.

Now Prince says the new deal will see a release of his classic album Purple Rain in time for its 30th anniversary.

He will also regain ownership of master recordings made during his previous deal with Warner Bros.

"A brand-new studio album is on the way and both Warner Bros Records and Eye (sic) are quite pleased with the results of the negotiations and look forward to a fruitful working relationship," Prince said in a statement.

The Purple Rain album was released in 1984, as was the cult film of the same name.

The album will be given a "deluxe reissue" to coincide with its milestone. More of his classic albums are expected to get the same treatment.

"Everyone at Warner Bros Records is delighted to be working with Prince once again; he is one of the world's biggest stars and a truly unique talent," said the label's chairman and CEO, Cameron Strang. 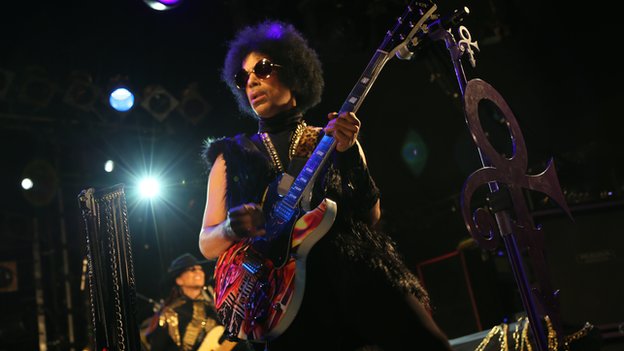 Prince signed to Warner Brothers records in 1977 and they released the biggest albums of his career - among them Purple Rain, Sign O The Times and the soundtrack to Tim Burton's Batman movie in 1989.

But by the time of 1991's Diamonds and Pearls, the relationship had soured.

"He didn't want to be told what to do any more," the star's publicist Chris Poole told his biographer, Matt Thorne.

Specifically, he wanted to be able to release more music, at greater frequency. Furthermore, he felt he should own the original master tapes of his music.

When Warners disagreed, on both counts, Prince began appearing in public with the word "Slave" written across his face. He eventually fulfilled his contract by giving the label a series of albums packed with off-cuts and lacklustre material - including Chaos and Disorder and Old Friends 4 Sale.

But the albums had damaged his reputation with casual fans, who could have cared less about an employment dispute. When Prince released his first post-Warners album - the pointedly-titled three disc opus Emancipation - it stalled at number 18 in the UK charts.

The majority of his more recent records have been released under his own NPG Records label.