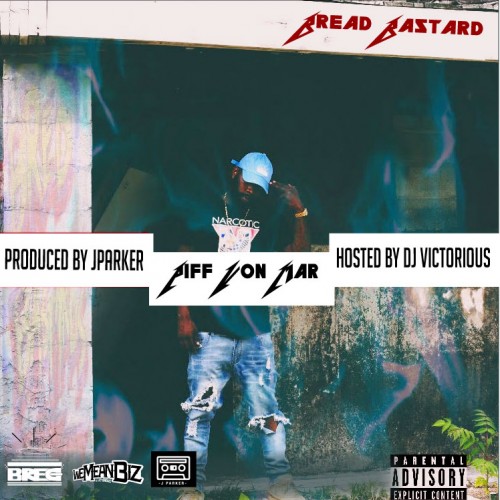 Piff Von Mar, also known by his stage name PVM, has been making waves in Chicago’s music scene since before we had a black president. His newest project finds PVM masterfully weaving all of the experience, connections, and knowledge that he has gained with his own stories of struggles, shortcomings, and personal triumphs. Bred Bastard is Piff’s most recent body of work since he dropped The Claim in 2015. Bred Bastard, with its 18-song tracklist, proves that, at least in the case of good music, sometimes more is actually more. PVM and his new project are much like the city that they were made in, gritty, energetic and in your face, but filled with creativity and insight into the way of the world. In a time where there seems to be a schism in Chicago’s music scene between drill rap and conscious rap, PVM effortlessly blends the two, showing that you can be destined for success and everything else that you want despite the violent and less than perfect way that you were brought up if you have the drive to work for it.

The entire project flows seamlessly from one track to the next which is in equal parts due to the infectious and energetic production and to PVM’s ability to meticulously paint a picture of his life with each song. Piff flexes his artistic range over thumping basslines that one can’t help but nod along with, showcasing his diversity throughout the 18-track work o f art. Bred Bastard is like a long, beautifully orchestrated conversation wherein PVM speaks about his imperfections (“Perfect), his wants and desires, (“The World”), and the motivating forces that keep him on his grind (“Miracle”). Within Bred Bastard there is something that any listener can relate to and appreciate, whether you were bred to be a king, or brought into this world as a bastard.
http://indy.livemixtapes.com/mixtapes/41393/pvm-bred-bastard.html