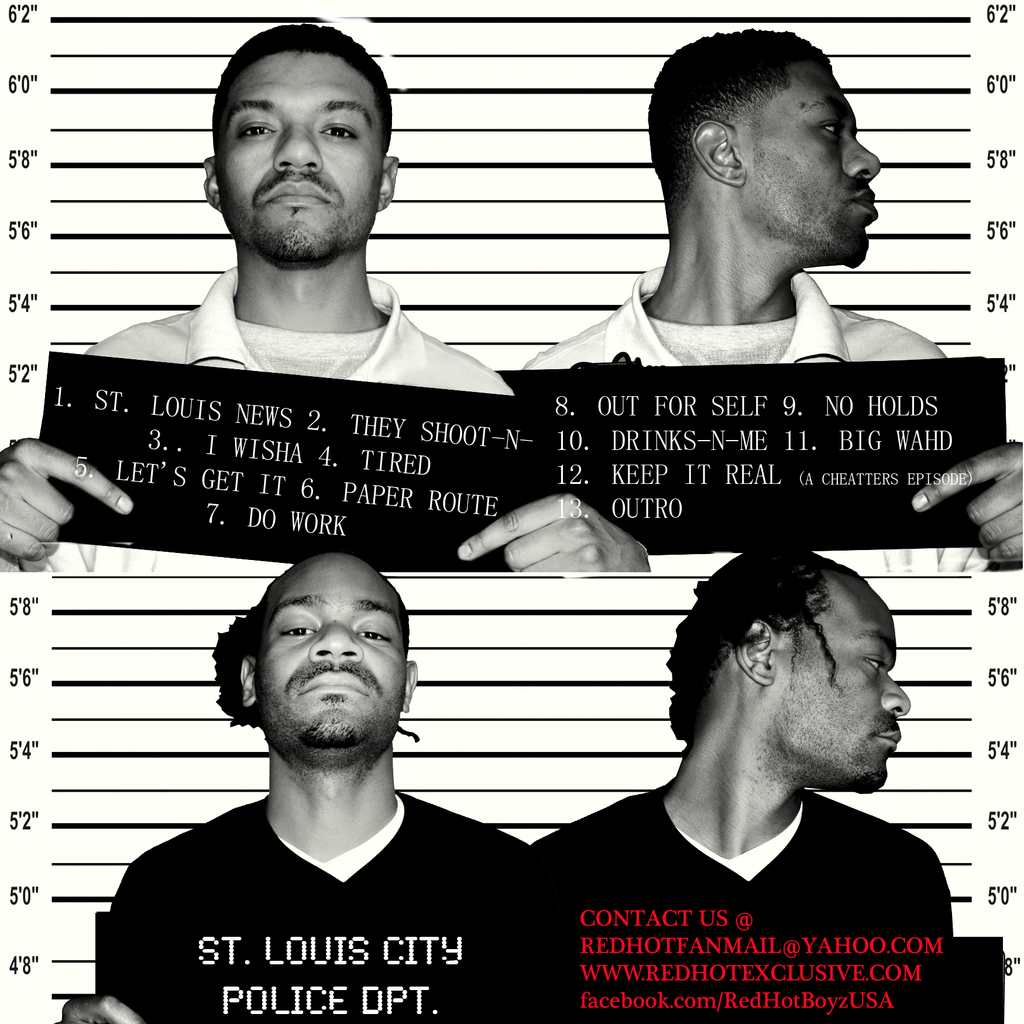 Chingy was quickly emerging. The only question left was “Who would be next St. Louis artist to storm the industry”?  Around the same time a new movement began to bubble through the streets of St. Louis which would later title and define the brand Red Hot Boyz.

given the fact that they genetically shared the same grandmother. They both went on to attend Jennings High School where Justin had a promising future in baseball. A few years earlier Brincel would choose the way of the street.  Although their paths were completely different, the two would always find a way to stay close.  Over the next few years, they would become the new faces of St. Louis hustle, it would be safe to say if you were black and lived in St.Louis your household contained at least one of their products. Kapeli began spending money on studio time exploring his childhood passion and quickly showed promise. With a few songs under his belt, Kapeli was drawing comparisons with his commanding voice and nifty wordplay.

While artists such as 2 Pac, Snoop, and the Notorious B.I.G. influenced him, he was determined to create his own identity. In Dec. 2003 it would all begin to make sense.

That same year, newcomer Seneca Cayson (producer) moves to ST. Louis. Within 24 hours of unpacking he finds himself in the same car with Kapeli and the law flashing the lights of justice upon them. Kapeli was apprehended on site; Seneca was left to take possession and care of his car and belongings while he spent 30 days in jail. Shortly after Kapeli was released Seneca sat down with him, they were accompanied by his cousin Justin and began devising a plan that would set them apart from all other ST. Louis artists/young business men. Seneca would teach his “Boss or Employee” philosophy to the pair. They accepted his philosophy almost immediately and the game plan seemed to work flawlessly.

Thousands of people began wearing their Red Hot clothing. Their DVD Magazine (Red Hot Exclusive) became the #1 local product for three years consecutively. People began addressing them as the “Red Hot Boyz” because of their red hot products.  The only thing left to do was implement their music into the scheme of things.

Ready to take the next step, Kapeli and newly named Skrill Will (noted for being business savvy) began searching for a sound and a look that would define them best. The ability to self fund their endeavors gave them the ups on the majority of the indies locally and abroad. Red Hot Boyz debut single “Return” ft. Yo Gotti opened the eyes of a few major labels as it went on to receive approximately 350 spins per week nationally. Red Hot's follow up “Lap Danz” instantly became a strip club anthem across the country.  In life there are two types of people; there are Bosses (people who go get it) and Employees (people who are comfortable waiting on instruction from others). When asked which best defined the two, they both smiled and responded simultaneously “What do you think"?