I posted this track of Mix Master Spade (RIP) to acknowledge the level and creativity of a Compton MC in the early 80's. Way before the popular MCs and groups from Compton hit, he inspired all of them. Spade was killed in a motorcycle accident, back 2006. Spade's verses can be heard with fellow Compton MCs such as Toddy Tee and King Tee. Normally in June during Black Music Month, WhoopTonez dedicates its stream to OLD Compton hits. Let me know and we preview them, but we need a high demand.

Playin' on homepage now is "Mr. Big Stuff" by Mix Master Spade - an original tape to CD to mp3.

I'm sure every city has its early MCs who brought it before their city or region was known, who are they? 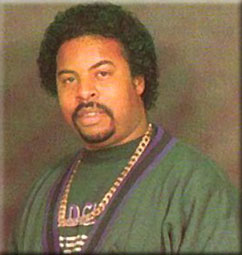 Comment by DJ Nelsey on January 2, 2009 at 2:53pm
I miss All them old school catz!!!! That was my era, I started DJing in 85(on Christmas my birthday). We need to teach these new catz about these pioneers, so they will know some history on how RAPPIN' started out here in L.A.!!!!!!!!