Waka Flocka covers the Winter Issue of The Hype Magazine 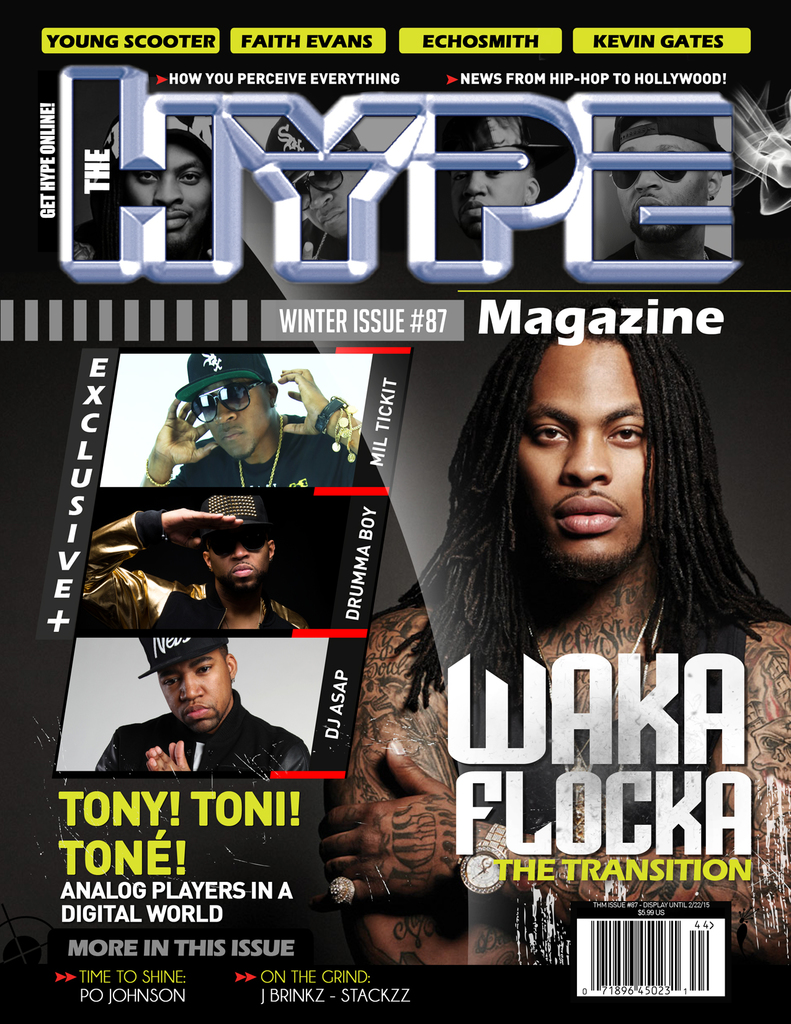 Waka Flocka cover its Winter Issue #87 which hits stores December 6, 2014. In the cover story interview, Waka talks his transition into the EDM world and the possibility of a double album release. Waka also discusses his newest artist Chaz Gotti and Joey Fatts and what they bring to the table.
Joining Waka on the cover, The Hype Magazine chose what it considers at the “Three Horseman”; Drumma Boy Fresh whose production skills and lyrics are pushing his career to new and exciting heights, including a luxury adult beverage brand; Mil Tickit, CEO of three-time Grammy Award winning production team, Track Kingz who has stepped out of the production lab as an artist with his LP “Street Money”; and BET 106 & Park’s DJ ASAP, a rising star DJ from Dallas who’s been appearing just about everywhere music is played!!!
The Hype Magazine Winter Issue #86 celebrates the change over in the entertainment industry, highlighting the epic returns of some iconic performers like ConFunkShun, Tony, Toni, Toné as well as young artist with burgeoning careers, including Kevin Gates the “not too hard for myself” rapper/poet whose national headlining “By Any Means,” tour received support from the likes of Taylor Gang’s Chevy Woods and more.
Following the newsstand release of the Winter Issue, The Hype Magazine will celebrate the independent artist with the release of it’s “Official Hype 2.0” magazine series. “Official Hype 2.0” will include 12 unique issues beginning Dec 24, 2014 with the final issue releasing in early January 2015.
The Hype Magazine is available in major retail stores throughout the United States and territories including Guam with expanded international distribution to include Germany.
The Hype Magazine prints four times yearly for newsstands and retail stores with monthly issues in digital/print-on-demand format.
For more information on The Hype Magazine including subscriptions and locations, visit www.thehypemagazine.com.