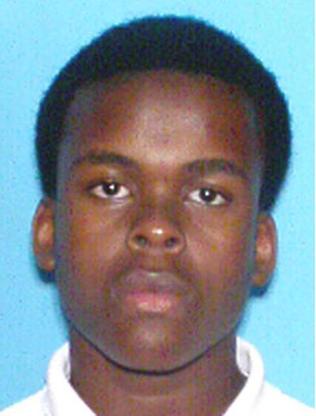 One man died after dozens of uninvited guests showed up at a pre-Baptism party that was announced on the social media site Tagged.

A party celebrating the pending baptism for a 5-month-old boy turned deadly over the weekend when a slew of uninvited guests showed up to a North Miami Beach home after a post announcing the gathering appeared on the social media site Tagged.

According to police, a fight broke out because there weren’t enough food and utensils, forcing the homeowner to close down the party and send everyone into the street.

The brawl — between four to five women and a man — escalated, and when Wilson Alexis, 21, tried to intervene, two shots were fired, police said. Alexis was taken to Ryder Trauma Center, where he died.

On Tuesday, Alexis’ family struggled to understand what happened to the young man who wanted to be a crime scene investigator.

“He was a good boy; he never got in trouble,” said Wilson’s father, Francoeur Alexis. Alexis said his son left their North Miami Beach home after 10 and said he was going to a party with a friend, who picked him up.

“I don’t understand what happened,” he said.

Police said the Joseph family held the party Saturday night for their godchild. Jameson Joseph told Miami Herald news partner CBS4 that he posted about the party on Tagged.com, but didn’t mention an address.

“I wished it never happened,” Joseph told the station. “I feel terrible. I wished I never held the party.”

Dozens of people who had no ties to the family showed up at the home in the 15800 block of Northeast 15th Avenue, Carney said.

Once the party got out of hand, the homeowner told everyone to leave.

Police were originally called to the residence at 4:07 a.m. Sunday regarding a fight in the street, but it escalated to a shooting before police arrived.

When police showed up, the crowd scattered, and only about 18 to 20 of the estimated 100 partygoers stayed behind.

Carney said detectives are now trying to interview those who stayed at the scene, but because so many people took off, it makes it harder to figure out what happened.

“With that many people, somebody had to have seen something,” he said.

“Someone needs to get caught,” Francoeur Alexis said. “My son didn’t deserve this.”