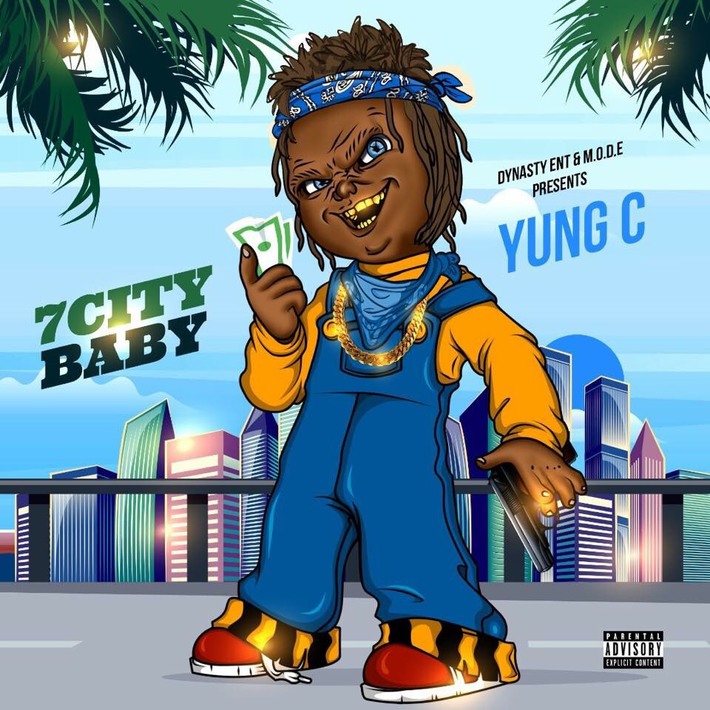 Christopher Cory Mays Born October 29,1990, aka Yung C Da Illest
Yung C was raised in Forsyth, Ga aka 7 City aka Foxx City.
The youngest out of five kids, four boys and one girl pursued his vision in music after high school. His dreams of playing basketball ended because of a knee injury. He and a friend created a rap group called M.I.N. and began recording in 2010. He later former his own label with his big brother Mike called Dynasty Ent in 2012. He plans to expand the company with more businesses involved like a clothing line and a studio. A lot of setbacks has been thrown his way, but he is determined to get one foot in the door of success. His latest project is called 7 City Baby in representation of his hometown. He is currently an independent artist.
Check Yung C out on streetsd.com every day from 2pm-3pm cst
Follow Yung C
Social media:
Ig : Yung_C_Da_Illest
Fb: Chris Mays
https://spinrilla.com/mixtapes/yung-c-7-city-baby