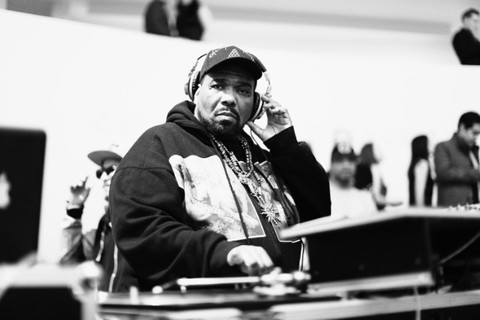 The Zulu Nation, who once rushed to defend its founder Afrika Bambaataa against a sexual molestation allegation by former member Ronald Savage, is attempting to distance itself from the scandal by changing leadership.

The New York Daily News reports, members announced this weekend the group is seeking new leader for an “in-depth reassessment.”

On March 31, Ronald Savage, a reported former music executive spoke exclusively with the newspaper and gave a detail account of his relationship with the “Planet Rock” artist. The following Sunday, three other men came forward, also former members of the 40 year old organization, and also spoke of the Bambaataa’s sexual misconduct.

Zulu Nation said it was “saddened by current events” but will use this as an opportunity to help those effected by sexual abuse. The group’s action steps include “providing support for victims of abuse, rape and molestation and working more closely on other social issues existing in communities such as drug addiction, alcoholism and mental health.”

Amid the mounting allegations being leveled against Bambaataa, KRS-One found himself in hot water when he alleges to have been misquoted as not caring if  little boys have been sexually abused. He then clarified his comments in a lengthy blog posts.

“Of course, I care if a young person is being abused or even neglected…it is more the fact that I don’t gossip, I don’t take sides in real disputes that don’t concern me, I don’t slander people’s names and I don’t believe in abandoning your friends when they may be accused of crimes or make mistakes in life.”

Bambaataa has not released a statement  since the change in leadership.

thats hurt, but we have to get the word out. it is what it is. Thanks for post
Leader Of Zulu Nation Removed From Power

Thanks for sharing. I've met and been interviewed on Bambaataa's WNYC show at City College and he always gave what seemed and felt like a genuine aura and vibe of love, respect and unity. It's truly sad that he may have this problem. I don't think we should throw his legacy away as being a major contributor to Hip Hop.

I remember him spinning record by Blondie, Prince (I Wanna be Your Lover), Madonna, Kraftwerk and more at the Roxy in the mid 80's and it felt surreal being in that universal vibe.

May the Most High bless and heal him.