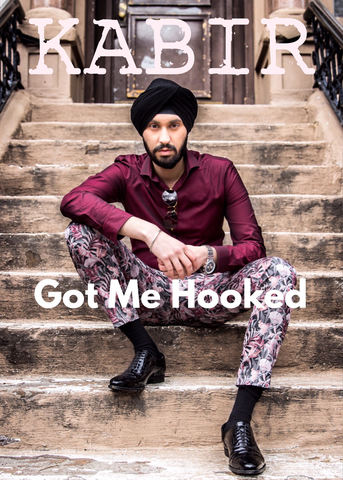 To understand Kabir, you first must understand that he is motivated by the confluence of two things: family and music. These two things are inextricable for someone raised as the heir to a formidable musical legacy; his paternal lineage includes the world-renowned group of Indian musicians, the Partap Brothers. Growing up, he would often awake to the sound of the sitar, the drums, and his uncle’s singing voice—an informal education in the complex beauty of classical Indian sound. This fueled Kabir’s desire to carry on and evolve the Partap family’s musical tradition, reaching new audiences with his own blend of Pop and R&B.

Kabir’s singing voice is his heritage. His confidence, the product of years of forging strong connections, respectfully defying prescribed societal expectations, and seeking excellence in all things. He was born on December 10th, 1991 into a 15-person household, in the town of Youngstown, New York. Growing up, Kabir’s family provided a sturdy foundation. He learned early to appreciate the bond he shared with his 8 brothers and sisters, respect the transformative power of music, and approach life with an unshakable self-assurance—all of which have directed him on his sinuous journey to the present moment.

It was in middle school choir that Kabir first grasped the potential of his own voice. Choir kept him engaged and afloat. For Kabir, singing is a state of time-stopping, transcendent bliss. Once he discovered that feeling, he knew he would never let it go. He went on to win his high school’s annual talent show with a performance weaving together drama, song, and dance—a formative experience that taught him the satisfaction of musical acclaim. A few months later, he scored the lead in Bye Bye Birdie as the school’s first Indian male lead, challenging the conventional portrayal of his character, Albert J. Peterson. 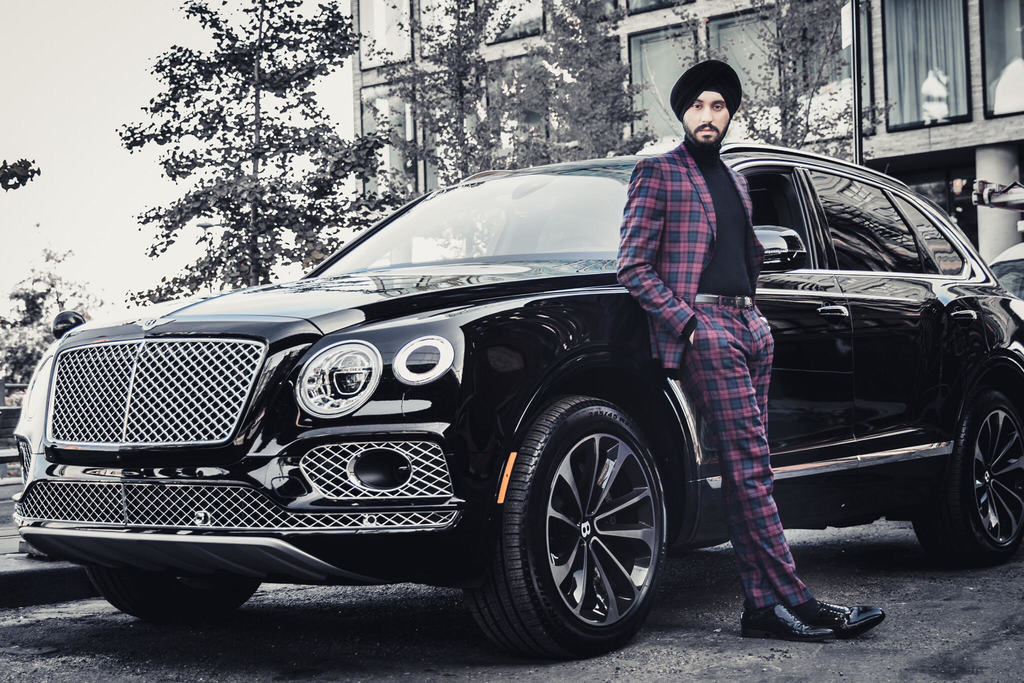 Throughout high school, Kabir earned high marks and went on to graduate with a Business degree from Suny Geneseo, where he spent more time in music halls and practice rooms than on assigned classwork. Over the course of his adolescence, he developed an eclectic taste in music, spanning classical Indian styles, American classics like Frank Sinatra, Nat King Cole, Michael Jackson, and Marvin Gaye, as well as genre-bending contemporary artists like Frank Ocean and Bruno Mars.

Following graduation, he moved to New York City and accepted a coveted position as a Financial Analyst at Bloomberg L.P., the renowned software and media company. But the voice calling him to music never ceased, growing louder with each passing year. Then, on his 25th birthday, his father (one of the Partap Brothers) offered him a piece of invaluable advice: if he ever hoped to pursue music, he shouldn’t waste another moment. In fact, it was at the very same age that Kabir’s father moved to New York to begin his long and prosperous musical career. At that critical crossroads, Kabir decided to take the risk. On May 2nd, 2017, he quit his job, turned his attention to his music, and he hasn’t looked back since.

Today, Kabir’s mission is clear: to introduce his distinctive look and sound to the world, and expand public conceptions of what modern Pop and R&B can be. His look is a big component of his persona, and he takes his style seriously: a dapper, innovative aesthetic, completed by the turban always elegantly positioned on his head. He is a man who refuses categorization. Sharp, determined, modern. Earnest and timeless. He aims to surprise and enthrall his audiences, infusing each moment with the sounds and rhythms he cherishes.

For Kabir, family and music form a tightly-bound core, linking his past with his future, his vision with his destiny. He likes to remember that we’re all here by chance, and that in return for the gift of our unlikely existence, we create art, we learn, and we love. These days you can find him in Bedstuy, Brooklyn, single-mindedly striving towards his goal, carrying the venerable Partap musical legacy into the future.

Watch out for Kabir’s first single, “Got Me Hooked,” written and produced by Damen Heyward and Juan “Majik” Peters, and set for release on Friday, May 18, 2018. Kabir’s musical prowess and unshakeable self-assurance stem from his upbringing in a close-knit and musical family. His paternal lineage includes the world-renowned group of Indian artists, the Partap Brothers, and growing up surrounded by their sounds inspired Kabir to pursue his own musical path. Over the course of his adolescence, he discovered the power of his singing voice and developed an eclectic taste in music, ranging from the classical Indian styles of his family heritage to American classics and contemporary music—all of which inform the Pop and R&B sounds that define his style today.

Following college graduation, Kabir moved to New York City to work as a Financial Analyst for Bloomberg LP. But the pull of his dream to pursue music only intensified with time. At the age of 25, he decided to take a life-changing risk, quitting his job and turning all of his attention to his art and after meeting and teaming up with music and entertainment veteran Damen Heyward, he would do just that. Kabir’s mission is clear: to introduce his distinctive look and sound to the world, and expand public conceptions of what modern Pop and R&B can be. He aims to surprise and enthrall his audiences, infusing each moment with music and rhythm. Today you can find Kabir in Bedstuy, Brooklyn, single-mindedly striving towards his goal, carrying the venerable Partap musical legacy into the future.

Watch out for Kabir’s first single, “Got Me Hooked,” written and produced by Damen Heyward and Juan “Majik” Peters, and set for release on Friday, May 18, 2018.