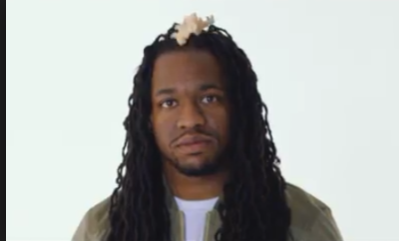 It’s not everyday that you find a 29 year old rapper whose working on his master's degree in Astrophysics.
As a student at the San Francisco State University, Timothy “Tim Million” Sanders childhood dream was
to become an astronaut. He’s on track to complete his masters degree Spring 2019 and he’s currently
doing research for NASA and teaching High School Mathematics. To say that he is no stranger to hard
work would be an understatement!

Tim Million, a Chicago native, moved around a lot as a child. He says his love for music was the only
thing that he could depend on because it was always the constant in his life.This allowed him to see

things from a different perspective which encouraged his strong sense of self and community.
My favorite music artist “Nas, 2pac, Talib Kweli, Andre 3000 & Dead Prez were like my school teachers
before I realized that I enjoyed learning. I learned about the world through hip hop music and culture. Hip
Hop has educated me in a way that I am more confident in being me. Music has taught me its ok to be that
lonely star in a galaxy. I learned how to connect with myself emotionally, physically, spiritually through
music. Music motivates me to want to learn more about people, this planet and beyond.

Tim Million has performed with artist such as Big Sean, Machine Gun Kelly, J. Cole, Chance The Rapper,
Fabolous, Waka Flocka and Yo Gotti just to name a few. He even had the opportunity to perform at the
2009 Rock The Bells Tour which feature some of hip-hop elites such as Nas, Wu Tang, Damian Marley
etc.

Tim Million has come along way since 2005 after creating his rap group Talk Of Chicago, he’s now
Founder/CEO of MillionDollaDreams Music Group but there’s a lot more ground to be gained. “I haven’t
accomplished my goal,” he says, “I have a ways to go.” But there is no doubt that along with him masters
in astrophysics, teaching, doing research for NASA, he and his music career will take off like a rocketship!