mine for the taking pt 1 - dj trill

mine for the taking pt 1 - dj trill

Permalink Reply by minoritymobentertainment on June 14, 2009 at 12:00am
First I would like to say thank you for joining us & hope u enjoy all the new music by Us!
Checkout our newest mixtapes available for free download & show ur luv. it's all about the movement!
I appreciate your friendship & hope to receive your continued support!
Checkout the links & music!
LOTUS (Living Off The Usual)
347-472-9327
minoritymobentertainment@gmail.com
twitter.com/minoritymobent

ALSO SHOW YOUR LUV. FOR THE LOTUS BLACKWORLD VIDEO PREMIRE INTRO OF THE ALBUM AVAILABLE, AND IT'S ON SALE NOW ON AMAZON.COM AT THE FOLLOWING LINK FOR ONLY $7.99 SHOW YOUR SUPPORT OF THE MUSIC AND OF HIP-HOP REMEMBER WITHOUT YOU THERE WOULD BE NO ME-FOLLOW THE LINK BELOW FOR FREE PREVIEWS, ALSO i WOULD APPRECIATE IF YOU COULD WRITE A REVIEW SO I CAN SEE THE PUBLICS VIEW OF THE MUSIC THANKS AGAIN AND HAVE A SAFE & GREAT WEEKEND! 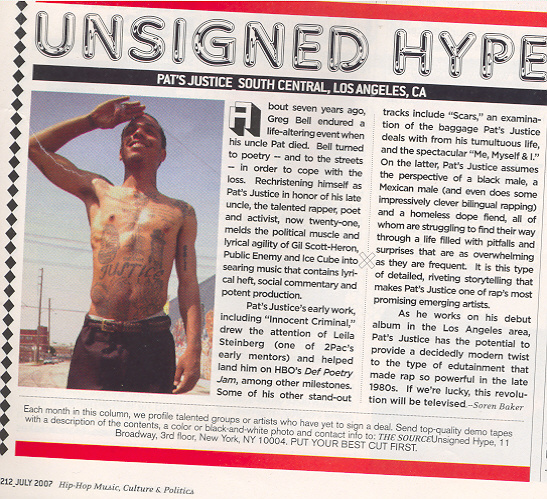 check Him Out On QD3's Almost Famous TV Show
http://www.youtube.com/watch?v=sEg2ruhX4GE

Add to My Profile | More Videos

Don P is a Oakland California Native and resident. He is a known artist, entertainer, performer, and label owner. Don P's work ethic, and star qualities have helped him in garnering huge recognition on Clearchannel Bay Area radio stations 106.1 KMEL and Wild 94.9.

In 2009 Don P released three radio aired singles all of which spread like a wildfire all up along the west coast, and has been the hottest buzz to hit the Bay Area streets since Keak Da Sneaks hyphy movement created buzz. Since then he has been appointed Co-CEO of his management company, helped in the creation of the social networking site/magazine AllBayMusic.com and All Bay Music Magazine, recently working on production with Aftermath artists/producers, his new endorsement by Stunna Alcohol, as well as his recent West Coast Hip Hop Award Nomination for "Best Video of The Year" for the video "Distractions".

Permalink Reply by BOYS DOWN SOUTH on July 13, 2009 at 8:56pm
This 17 year old from San Antonio Texas is next, he's for real
www.myspace.com/bossjim
we will be in Dallas, Tx this week end
M-ONE

Permalink Reply by Uncleju on July 27, 2009 at 6:39pm
I DON'T KNOW ABOUT THE WEST, BUT ON THE EAST BE ON THE LOOK OUT FOR THIS CAT NAME BIG SHOT PRODUCED BY NOTTZ!!! THIS DUDE IS SICK... www.myspace.com/shotmanceeni
Attachments:

Permalink Reply by Peter Parker on August 6, 2009 at 2:49am
Yo check us out at www.myspace.com/mympc

also check out my folks The Process www.myspace.com/theprocessentertainment

Were outta the Bay Area

Thanks for your time. check out my producer www.myspace.com/trackdarippa