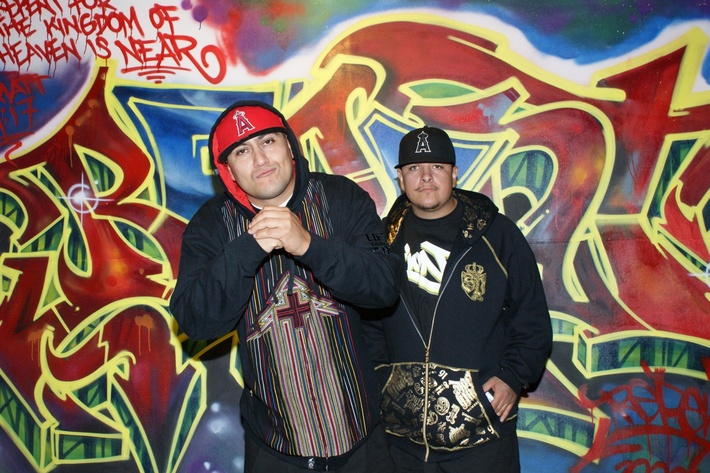 Battle Ax from The S.O.G. Crew has not received any gifts yet

Give Battle Ax from The S.O.G. Crew a Gift

Welcome to The Core DJ's Network! What is your Name? (PHOTO IS MANDATORY)
Battle Ax and Soulja

THE S.O.G. CREW PERFORMS AT KNOTT’S BERRY FARM FOR NEW YEAR’S CELEBRATION ‘PRAISE 09’ Viewers in Japan watch intently as one of their own successes speaks to them directly on New Year’s Eve. Shiho from 2WJD, a Christian urban clothing line and Christian representative to Japan, covered a spot on Elite TV at the New Year’s Eve Celebration ‘Praise 09’ at Knott’s Berry Farm where she described the nights amazing events and music groups to her homeland residents in their native tongue. The night was filled with shouts of joy and the air was filled with waves of music from different groups such as: T-Bone, Kutless, The S.O.G. Crew, Devo, The Queens, Enkairos, DJ Wise and G Webb. Participating in the event were several organizations, businesses, and representatives such as: Rally’s for Christ, Snoopy, Elite TV, Toyota, Colby O’Donis, Frankie J, Car Angel, Spirit West Coast, 2WJD, P Funk, Luminus V, Konvict, Melissa O, Dennis Martinez, Victor, Battle Ax, Revolutionary, DJ Siren, and SoulJah. Many thanks to Knott’s Berry Farm for hosting the largest Southern California New Year’s Eve Celebration and to all who made ‘Praise 09’ possible. We are excited for what’s more to come out of Rally’s for Christ, 2WJD, and The S.O.G. Crew. Keep watch at www.myspace.com/thesogcrew . God bless, DJ Siren