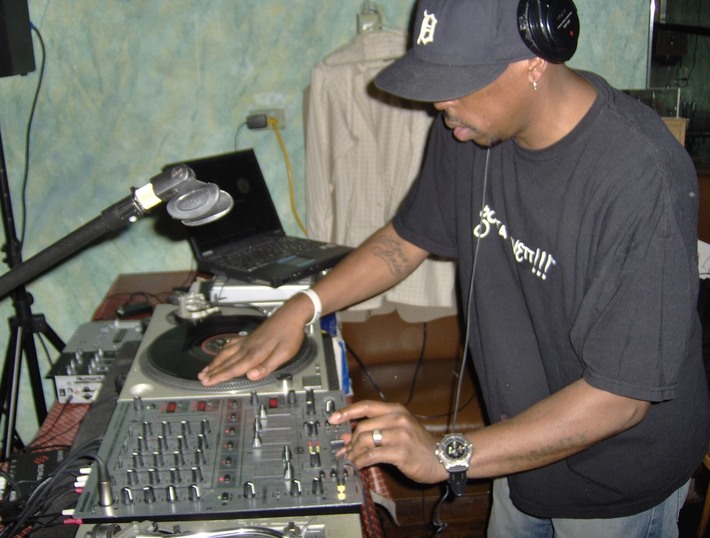 DJ Bo has not received any gifts yet

What is your PURPOSE for JOINING the CORE DJ RADIO NETWORK?
networking with other turntablist and braking back into the radio industry

What's Your Title/Business (What do you do?)
Infinity Entertainment CEO, Club banger/Talent A&R

I've Been in the the game since the late 80s and ruled the city in the mid 90s in the teen/concert arenas as one of the Record breakers of JUKE & Hiphop music with Flight One ent/ Flight Zone. I got the attention of a pretty famous Radio Joc DJ ERIC DA WIZ when he was Managing TWISTA.He was very pleased with my style and I opened every major concert with arist like Usher/ AMG/ Redman /Daz Efx/ SCARFACE/Da Brat /Faith Evans/ Avant and the Notorious B.I.G. While partnerd with him, he showed me what it takes to work as an A&R in the music industry while still making history in a number of famous clubs in the Mid-West. A few years later broke into the radio game starting with beonair.com internet radio where hip hop lives the #1 requested hip hop show for 2years (ROC A BLOCK RADIO). In 2001 landed an internship with V103 in production then a year later Hired to WGCI where I was a Jack of all trades on the #1 Drive time show from 2-6pm the Sam Sylk show.

Currently working with a few Comedians and in Various Club thru out the week.

Now I've re-invented myself with Scratch Live, so find a hater and tell'em to find me I got openings.

Fastmoney Ent said…
Whats good DJ BO just want to share a hot jam with u call SHE THROWED by SP DA DON, check it out @ http://www.box.net/shared/b1amgbv1yy fuck with me on twitter
@ http://twitter.com/fastmoneymusic and i follow u back

brianvianna said…
bo check out my artis i like to get you records radio/club tracks hit me up at brianvianna@ymail.com thx

Big Prime said…
Whats good fam. Check out my two singles when you get a minute and let me know what you think.

Don Profit said…
What's good Bo, this is Don Profit reppin the CHI all day wit it. Holla at me and let me know how you like to get your new music. Check out my page too