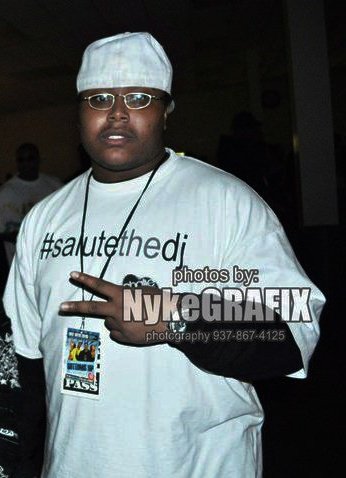 DJ-E-DUB has not received any gifts yet

What is your PURPOSE for JOINING the CORE DJ RADIO NETWORK?
NETWORKING....GETTING CONNECTIONS

DJ E-Dub is one of the most underrated but highly talented young DJs out. Since the age of thirteen, when he first discovered his music talent, E has been entertaining friends and family alike, and their constant support has help develop him into the future of hip hop.

The name E-Dub has become synonymous with hard work, as he has quickly established himself as one of the top Deejays in Ohio. His dedication and grind has led him to perform shows at numerous venues around the state. He has performed at the Dayton Convention Center, schools, citywide events, weddings; parties and if the chance came up he would even do a bar mitzvah.
DJ E-Dub is currently working on his first series release entitled “I Do It For The Streets”. With the release of this mixtape project and others to come in the near future, DJ E-Dub is also a member of the Team Titan Djs. Dj-E-Dub wants everyone to see him as not only an electrifying DJ but also a well-respected one who has engineering and promoting skills.
Currently DJ E-Dub is signed to Four Kings Production, where he is the dj for the label as well as Young Jinsu's official dj. Looking towards the future DJ E-Dub would like to work with other DJs such as DJ Kahled, DJ Scream and many more. He would also like to work with super producers such as Jermaine Dupri, Sean Carter, P. Diddy and many more. In the words of DJ E-Dub “My overall goal and aspiration for the entertainment business is to reach all audiences young and old on a positive note, music note that is.”