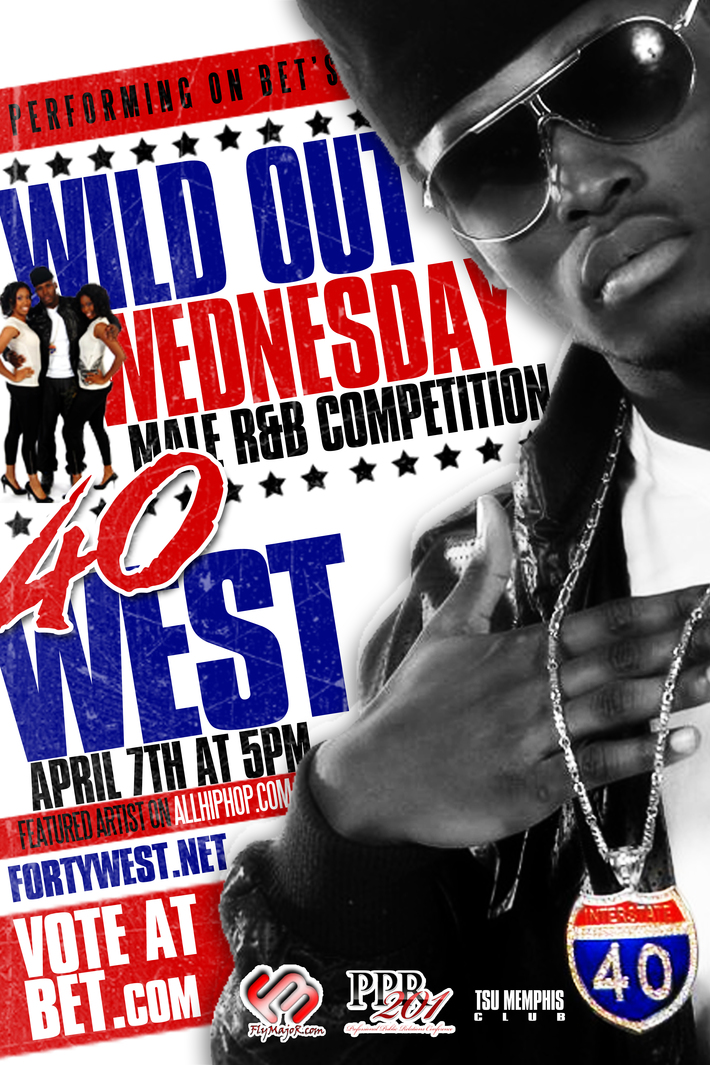 FORTYWEST has not received any gifts yet

Alex Gibbs better known as FortyWest is a combination of Rhythm and Blues, Pop, and Soul. The essence of his voice compelling with a variety of genres pours out love, passion and his life; A voice true to love. When FortyWest performs, he renders a powerful, yet emotional performance which leaves audiences 'bug-eyed' and in 'awe' that a man can deliver power and inspiration through song. Shocked that a 19 year old young man, fresh from high school can perform and write such beautiful music. At the age of 10, he became exposed to, Children Sing, a local gospel group under the direction of Kevin Davidson. He turned to Pop and Rhythm and Blues. His professional career has included performances at the Germantown Performing Arts Theater, International Presentation of Performers, Mid South Fair in Youth Explosion, Stone Soul Picnic Café Soul, Jubilee Hall performance at Fisk University, and a appearance at the Apollo Theater Wednesday night Talent Show. Forty West has opened for acts such as The Franchise Boys, Plies, Young LA, Young Dro; and at festival's such as Juneteenth and the Icy White Affair. He recently won BET's 106&Park Wild Out Wednesday Male R&B competition. These accomplishments have led to a publication on AllHipHop.com, and SoCashville.com. FortyWest is mentored by one of Stevie Wonders, Yo Gotti, and Mary J Bilge's producers Ralph Sutton. He recieves vocal training from Ms.Cindy Barrett of Germantown Performing Arts FortyWest is a man with grace, favor and excellence that facilitated him to many accomplishments. Forty West is a member of theThespian Society and Tri-Am Music Association. As an electrifying performer, Forty West's charm and charisma combined with his vocal abilities, makes him an artist of the highest caliber.