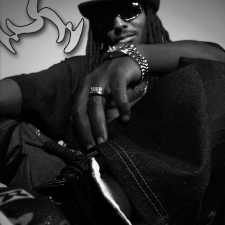 RUDEBWOY has not received any gifts yet

What's Your Title/Business (What do you do?)
President/Ceo Massive Musiq Entertainment

Rudebwoy found his voice and started rapping at the age of 17. After graduating high school he joined the U.S. Army as a combat medic. Responsibility took the place of his dreams, but he never forgot them as he polished and honed his lyrical skills in the military. As music evolved, so did Rudebwoy. After completing his tour in the Army, Rudebwoy continued to expand himself mentally by getting his Associate and Bachelor degree in Psychology and completing his Masters in Social Work.

With the hunger of the microphone never leaving his soul Rudebwoy now feels that the world is ready to hear what he has to say and in a big way, it's now time for RUDEBWOY to shine. His influences range from Bob Marley to Jay Z. Nas, Wyclef, Shabba Ranks, KRS-1 and Capleton.

Two positive quotes about Rudebwoy’s music from contacts that have been made in the music industry: “Rudebwoy is a refreshing change to hip-hop music with his uniqueness and genuine drive to succeed.” Chuck Jones of Scorpion Media of Texas Home of SA Urban Newspaper & Internet Radio. Alan “A.T.” Thompson/ Music Producer says “Rudebwoy has a creative lyrical content, a tough work ethic, and maintains one of the most aggressive hustles to stay ahead of the game.”

BLWtheBLUE said…
DO YOU HUSTLE HARD? THEN PROVE IT ON THE NETWORK WITH ALL THE HUSTLE! www.networkhustle.com