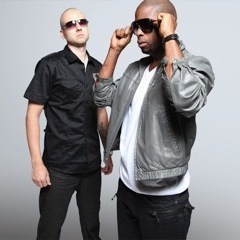 The Midi Mafia has not received any gifts yet

Give The Midi Mafia a Gift

What is your PURPOSE for JOINING the CORE DJ RADIO NETWORK?
Networking/Promotion

What's Your Title/Business (What do you do?)
Create Timeless Music

They’ve been the soundtrack to countless parties, clubs, car stereos and headphones. They have written and produced chart topping songs for the likes of 50 Cent, JLo, Fantasia and Justin Bieber. Always known for evolving and reinvention, The MIDI Mafia have transcended from hip hop producers into Grammy nominated songwriters. Now the dynamic duo of Dirty Swift and Bruce Waynne have taken their love of music and returned to their roots as artists with their debut EP titled “Vegas Lights”.

The #1 Billboard smash “21 Questions” by 50 Cent first put the name MIDI Mafia into the minds of music lovers worldwide. Followed by their Grammy nominated single “When I See U” by Fantasia and “Hold It Don’t Drop It” by Jennifer Lopez, they quickly became A-list producers with over 20 million albums sold featuring their writing and production. Having both started their careers as performers, Canadian born Dirty Swift as a championship-winning DJ and Brooklyn native Bruce Waynne as a rapper, they are no strangers to the stage and had been developing a new sound inspired by hip hop but crossing boundaries and genres with no regards for labels or categories. Anthemic, modern, and driven to make people have fun, their music can only be described as “PHamous”!

A fateful trip to Las Vegas would prove to be the catalyst for The MIDI Mafia’s evolution and also the inspiration for their first EP titled appropriately, “Vegas Lights”. Teaming up with a group of YouTube celebrities “Maker Studios” and video director Justin Purser, a plan was hatched to “Flashmob” the Planet Hollywood Casino and The MIDI Mafia created a song titled “PHamous” which was the soundtrack for the stunt. The resulting YouTube video has gone on to garner over 1.8 million views to date and the song became an internet phenomenon spawning fan videos and even high school proms reenacting the “PHamous” dance. The overwhelming response to The MIDI Mafia’s music prompted them to head back to Vegas and capture the whole Sin City experience into a concept album, “Vegas Lights”. Says Bruce Waynne, “we went to the clubs and saw the reactions of people having a good time and how different songs would affect them. We wanted to capture those moments and put them all together into a musical experience.”

The sound of “Vegas Lights” is free of limitations or genres, Dirty Swift explains “our process on this album was freeform, we didn’t pay attention to song structure or the usual rules, we just made reactive, memorable music. We had fun making Vegas Lights and we definitely captured the essence of the party from start to finish.” He recalls “we actually came up with a lot of the song concepts in Vegas, we had portable studios with us in the hotel suites. We would literally go from the club up to the room full of ideas and put them immediately into our music.”

During the creation of Vegas Lights, The MIDI Mafia was approached by Cosmopolitan Magazine to create a song for their annual Bikini Bash being held at Planet Hollywood. Bruce and Swift had an idea for a pool party song which ended up becoming “2 Piece (So Cosmo)” and features a music video shot on location during the Bikini Bash where hundreds of girls in bikinis party with The MIDI Mafia during an electrifying performance of the song. Simultaneously, Planet Hollywood was so overwhelmed by the positive response to the “PHamous” flashmob and song, they decided to back the duo and shoot a real music video for that song as well and The MIDI Mafia has quickly seen their “Vegas Lights” vision come to a reality due to the amazing reaction to their music. Bruce Waynne explains “We succeeded in capturing the spirit of having a good time, and Vegas is the ultimate party. Planet Hollywood turned out to be an ideal partner to help us bring the party from Vegas to the entire world, and were grateful they embraced us rather than banning us from the casino after the flashmob” he laughs.

Recording the album was also a therapeutic process for the duo, as both members of The MIDI Mafia had both overcome very intense personal demons. Swift recalls “This album was like a celebration for us, and i think thats why its so reactive. I didn’t care what anybody thought about it, we just made what we felt and had fun doing it. After some of the things we had been through recently, with my motorcycle injuries and Bruce’s legal issues (Swift recovered from a broken back and Bruce from a lengthy lawsuit) we were just celebrating life and i think its some of the most honest music we’ve ever made.”

Their efforts haven’t gone unnoticed. MTV approached The MIDI Mafia with an offer to distribute the EP and feature their music on the Season 2 of the runaway smash show “Jersey Shore”. Bruce explains “MTV made a perfect partner for us, we weren’t interested in having to answer to anybody about our music and they loved what we were doing already so it was a great fit. Shows like Jersey Shore are perfect vehicles for music like what we created on Vegas Lights, so it makes all the sense in the world to get in business with them.” The song “Last Call” will be featured on the Jersey Shore Soundtrack album being released on Universal Republic, as well as being on the “Vegas Lights” EP. Swift states “Last Call is THE club record, its that song every DJ should play not only at the end of the night at last call, but when the party is at its peak. Its one of my favorite tracks on the album. Thats one of the songs inspired by being in the club, we actually came up with that chorus while we were partying. I’m a DJ so i know Last Call is gonna rock the dancefloor.”

Other songs include a collaboration with YouTube sensation Dave Days on the rock-fused “Lucky” which uses the luck concept as a metaphor for overcoming obstacles in your life. Bruce notes “We thought a rock element would be cool on this song and Dave came through and killed it on guitar and the chorus. It was a perfect combo!”

On the frantic “Mr.Vegas” Bruce Waynne pulls out his alter-ego and explains life from the perspective of a Vegas boss. “Its a fun song” he explains, “ its all summed up in the chorus Eat, Drink, Sleep, Crush” he laughs “and when I say Crush im not talking ice!”

Leave it to The MIDI Mafia to give a fresh perspective on having a good time. The Vegas Lights album is their masterpiece and the dancefloor will be the canvas. Swift says “we are having fun with music and thats the reason we’ve been successful. We don’t take ourselves too seriously, its all about making people feel good.” With their innovative approach to the music business, it’s safe to say The MIDI Mafia will be making people feel good for a very long time. “The old way of doing things is over” Bruce states, “there are many different ways to get music to people these days and we are exploring all of the possibilities. Through our partnerships with Maker Studios/YouTube, MTV, Planet Hollywood, Cosmo and all of the other brands and networks that support us we feel that The MIDI Mafia is creating a new model on how to market and distribute music. This is only the beginning and we are excited to get our music to the people in the ways which they really want it, and make it a part of their lifestyles.” Swift adds, “we are music fans first and foremost, and The MIDI Mafia is a reflection of what we love about music and its ability to evoke emotions in people. We don’t try to separate ourselves from the fans and i think that makes all the difference. We just apply the thought process we have as music consumers and try to think about how I want to have music in my life, and give our music to the people in those same ways.” It would seem that The MIDI Mafia will be shining as bright as the lights in Las Vegas, but in this case, everybody wins.

Have a bangin week!