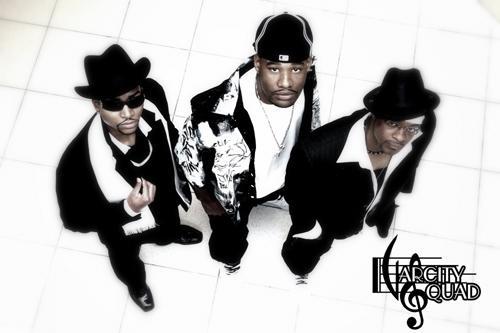 Varcity Squad has not received any gifts yet

What is your PURPOSE for JOINING the CORE DJ RADIO NETWORK?
To network with djs, producers, and promoters

What's Your Title/Business (What do you do?)
Hip-hop & R&B group

Varcity Squad is a doubtless Hip-Hop and R&B group who's music can be described as thought provoking as a history lecture; and at the same time refreshing and entertaining. The V Squad gives the world of music the bitter with the sweet of everyday life, while appealing to the vast urban culture of young people everywhere. Knowing no boundaries, this group crosses the typical borders assigned to their genre of music which makes Varcity Squad ready for today's ever changing entertainment industry.

Great music is only a part of being a successful act, but a blazing performance seals the deal. Varcity Squad defends its reputation for being 'Industry Ready' with its self styled system for success called “Triangle Offense”. This strategy is similar to the well know professional basketball strategy. When you combine Hip Hop, R&B, and Dance with a trio of attractive, cultured, young men and women, you get “The Varcity Squad”. This formula has accounted for their many achievements and success. About The Album: "Industry Ready"

The V-Squad's first album has been titled "Industry Ready" after 7 years of overcoming many struggles and obstacles along the way. Finally finding themselves as a group, they now feel they have hit enough brick walls and experienced enough ups and downs to be ready to face the often vicious but very rewarding entertainment industry.

You can look forward to variety and versatility on this album. Dance tracks such as "Whut" (the first single) and songs for the urban market with the song "I Try". Songs for the ladies such as "One Nite" and "You Should Be with Me". Even tracks in honor and recognition of our military troops and Hurricane Katrina victims such as "Alot To Learn" featuring Skudar and Michele Little. However on a higher note, the album definitely does not neglect to inspire and uplift the spirit with songs like, "Just Like You" and "Runaway" featuring Shae Micheal. The "Industry Ready" album is currently available on their website at www.varcitysquad.com