[NEWS VIDEO] HIV-Positive Man Secretly Records Himself Having Unprotected Sex w/ over Than 30 People In 4 Months! 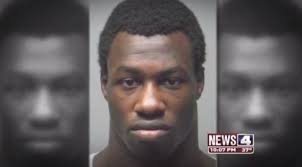 Prosecutors tell News 4 they now know more than 30 people could have gotten HIV from a former student at Lindenwood University who allegedly knew he had the deadly disease. He is accused of knowingly giving it to others.

They believe those partners were unaware Johnson was HIV positive and that they were being videotaped.

The startling details were revealed after hidden camera sex tapes were uncovered, according to prosecutors.

Lohmar said Johnson can be seen with 31 unidentified people in videos taken over four months. Most of the videos were shot on the campus of Lindenwood University in St. Charles. Johnson has already been charged with five counts of knowingly transmitting the disease.

“It’s safe to safe that numerous of those videos were taken inside his dorm room; we know that because we recognize the furniture,”

Lohmar said most of victims not only likely had no idea they were being videotaped; they were clueless that Johnson had HIV.

That’s why Lohmar wants any potential victims to come forward immediately. It’s a matter not only of their individual safety but public safety as well.

Lindenwood University school officials tell News 4 they will assist law enforcement with identifying victims. They say they had no idea the videos existed until just a few days ago.

“I think it’s really scary, thinking someone like that is on campus, not thinking about others,” said Student Jenny Counts.
Students are shaken up by this latest news, but glad that Johnson is still behind bars for now.

If convicted of knowingly transmitting HIV, he could get up to life in prison.

WTF!?!?!?!?!?!?!? The Prosecuting Attorney’s Office requests that anyone who may have had an intimate relationship with Johnson or who may have information pertinent to this investigation contact the St. Charles Detective Bureau at 636-949-3330.