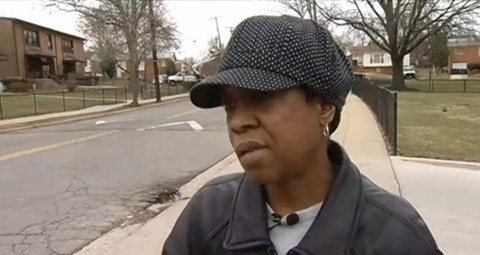 They oughta be ashamed! NY Daily News reports; Rose Preston said that she feared for her safety after the two EMTs got into verbal spat. D.C. fire department has already been under heavy scruntiny after shocking death of Medric Mills, who suffered a heart attack across the street from a firehouse.

Rose Preston told NBC Washington that she was concerned for her welfare when two male D.C. Fire & EMS employees came to blows after the ambulance arrived. ”They were constantly bickering back and forth with one another, and to the point that I felt so uncomfortable,” Preston told the station on Sunday. Preston wasn’t sure why the two first responders were fighting, but it quickly became clear to the Army veteran that she had to take her treatment into her own hands. Preston brought herself to the D.C. Metro and took a train to her local VA hospital that day.

“A total lack of professionalism in every way you can imagine,” Preston recalled.

Preston did not suffer a stroke, as she had initially feared. She was diagnosed at the hospital with Bell’s Palsy, which requires immediate attention.

A total lack of professionalism in every way you can imagine.

“It really complicated my condition by not being able to receive adequate medical attention when I called,” Preston fumed.

The D.C. Fire Department was already under fire after Medric Mills, 77, died of a heart attack across the street from a firehouse in January. None of the firefighters on duty rushed to his aid.

Lt. Kellene Davis, who was in charge of the engine that botched the response, is facing six administrative charges in the case, including neglect of duty. The department launched private hearings to decide Davis’ fate last week, the Washington Post reported.

Thank God it wasn'y s troke as the woman had feared but it could've been. smh no wonder this country is introuble!