Born of Jamaican and Guyanese heritage, New York-based DREWKABOOM (Andrew Campbell) is alum of highly regarded Full Sail University but has expanded his knowledge horizons far wider than this. Now a yogi and sound-healer (with an energy healing qualification on the way), DREWKABOOM is combining his passion for the more cerebral artists of the 90s (GZA; Cannibal Ox; Mos Def) along with his take on modern issues and his desire to always remind listeners of the importance of mindfulness to achieve balance and harmony.

Lost Moon of Jupiter is an allegory for exercising “throat chakra”. Essentially, it’s the practice of saying what’s on your heart at all times and being mindful and that through mindfulness we achieve balance. Releasing in July 2020, his EP entitled, Woo is a reference to the Chinese principle of Wu, which brings awareness to balance and harmony in all forms of life. Instantly recognisable by his three-faced mask, DREWKABOOM explains his approach to life:

“I started wearing a mask in my videos, which is symbolism pointing to three major deities living inside us all. Some belief systems have many names for this. The best description of this I've found is the cycle of Brahma, Krishna, Shiva in Hindu culture.

My yogi lifestyle has definitely affected my music. I've learned to put the best of myself into my music and let the talent and skill blossom”. 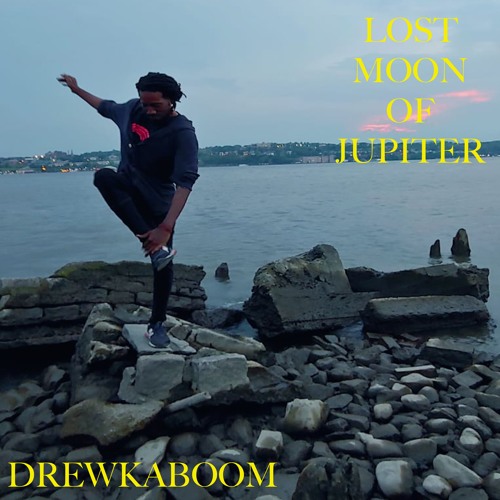