Fontane also known as Swaggie, is exploding with ambition and overflowing with talent, ready to make his mark bringing a fresh, new, unique and edgy sound to the music industry. Born in the Midwest, in the state of Iowa to be exact, Dre “Fontane” Jackson has a musical style and lyrical abilities that has been influenced by family, harsh upbringing, street life, getting money, and mainly underground hip hop artists. The youngest of seven, Fontane’s father and mother found themselves on the other side of the law both incarcerated with charges of organized crime. Dubbed the king pin and queen pin of urban Iowa, Fontane’s childhood was rough. With no parents in the home and in the shadows of his their criminal reputation; Fontane was constantly a target of harassment by local law enforcement.

Music for Fontane and his older brother, T-Balla, a well-known Rapper and CEO of A Real One Records, was their only escape from their harsh reality. “Music is everything to me”, says Fontane. “I love being in the studio recording, writing and being creative.” Music has been in Fontane’s blood since an early adolescent.

“Fontane wrote his first hit at the age of nine; I’ll never forget it”, says T-Balla.“The title of the song was “Ghost Riding”. Everyone was really impressed with his writing and lyrical abilities at such a young age”, added T-Balla. 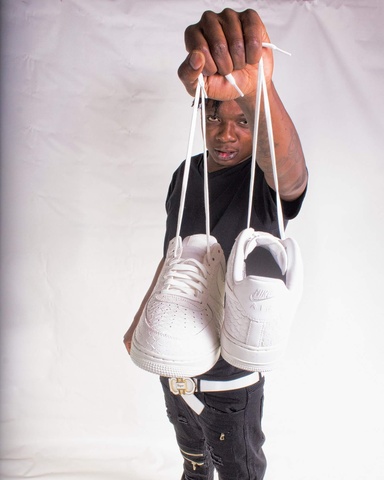 Now all grown up, Fontane is destined for success, creating instant fans from his highly addictive, catchy and melodic music and hype stage performance.

Fontane’s creates music that appeals to the masses. From up-beat clubbing type records, songs that appeal to women, and songs with lyrical content of street life, urban culture and life struggles, Fontane’s music is well- rounded, extremely relatable and culturally diverse. “You cannot just categorize him as a rapper or urban artist”, says T-Balla. “He is so much more.” “Fontane can record without ever writing anything down; he’s spontaneously creative and talented”, boasts T-Balla.

Signed to his older brother’s label, A Real One Records, and now based out of Dallas, TX, by the end of 2017, Fontane plans to be a household name in the music industry. He is slated to host the upcoming new Mix- tape with popular DJ, DJ D-Real, entitled “Steel Ballin Part 3, 2K17”, which will feature not only his music, but also music videos. Fontane is constantly recording and has over 300 mixtape songs ready to drop. Fontane is finalizing his first major release of original music and is working with producers Settie B, Black Tone, Ty Cutta and Slyce Beats. Some of these producers he is working with on this upcoming project have produced for other popular artists, such as Chris Brown, Jezzy, Rich Homie Quan, Migos, Waka Flocka, Gucci Mane, Stat Quo, TDE, Boosie, The Game and more.

Fontane and his team have a strategic plan for his upcoming project and will be dropping new music singles and videos. Bangers like “Sober”, “Killin”, and “OG”, to name a few, will sure to put Fontane on the map.