Fresh as i is posted a discussion 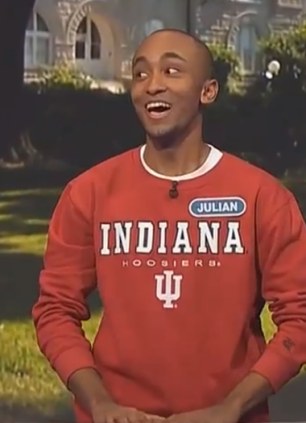 BURBANK, Calif., April 14 (UPI) -- During an appearance on Wheel of Fortune, an Indiana University student’s Achilles’ heel was revealed in extremely painful fashion. 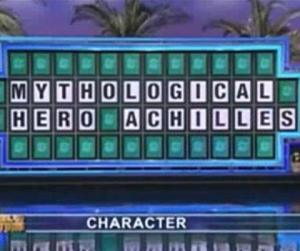 Julian Batts lost out on his chance for a car, a trip to Jamaica and a million dollars after he was unable to correctly pronounce “mythological hero Achilles” despite having the puzzle completely revealed.

A Texas A&M student named Shelby then swooped in and won after saying "Achilles" correctly. "When it comes to names ... even though the letters are up there, because you have to solve it, which is what you did. You have to say it, and (Shelby) said it," show host Pat Sajak explained.

Even with the blunder, Batts went on to win the game.

“I don’t think anyone has ever taken a more circuitous route to victory, but the important thing is you’re here and you’ve got $11,700 dollars and we’re pleased about that,” Sajak said.

Batts appeared on Good Morning America on Monday to discuss his roundabout route to victory and the Achilles debacle.

“It just kind of hit me like a train and I really didn’t know how to react to it -- the game continued on and [another contestant from] Texas A&M, she solved it and it hit me right then and there that it was Achilles,” he said. “I didn’t feel like I made a mistake but I feel like I solved the puzzle entirely and all I had to do was read it and I just went for it and I did my best.”