Hit it Hard with Fashion and Syle ... (Makin' the haters heart faint) 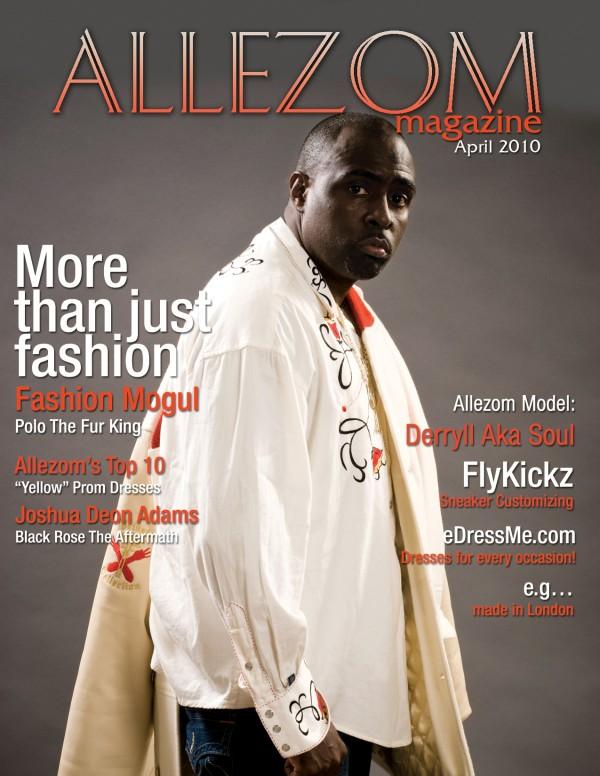 Greatness doesn’t come in a bottle; And in the case of custom clothing designer and elite fashion mogul John Dessalines Potter, (aka Polo-The Fur King) greatness was bread nestled deep within the
tree lined streets of a suburb steeped in history and tradition.

Born the youngest of 3 children ‘Potter’ as he is known to his closest friends, was the son of Captain Edwin Potter of NY Department of Corrections and his wife Medina, who was a mental
health aide for Manhattan Psychiatric Center on Ward Island. Although born in
New York City, John Potter was raised in the sleepy little bedroom town of
Teaneck, NJ, known for its great contributions to the world, bringing us the
Isley brothers, Pat Boone, and Yankee great Elston Howard .

Potter mirrors his father (Edwin Potter’s) interest in Caribbean and Haitian history. Well read in particularly the slave revolt leaders from 1797-1803, Toussaint, L’Ouvertre,
Jean Jacques Dessalines, and Henri Christophe are evident in the impression of
leadership skills, fairness and moral strength of Potter and his siblings who
were all named after the legendary leaders.

ucation were the three fold chord in the potter house hold that taught the siblings to strive for success. No one would ever forget to prepare with courage for victory against whatever challenges set before them. Sister Edwina and Brother Toussaint
were proud of their little brother, even then.
Now an international Fashion Mogul, known as ‘The Fur King’ through the
elite fashion industry via his custom clothing design powerhouse, ‘Exclusive
Fashions’ the one time Pro BMX rider, John D Potter described as “A man who people
aspire to be like 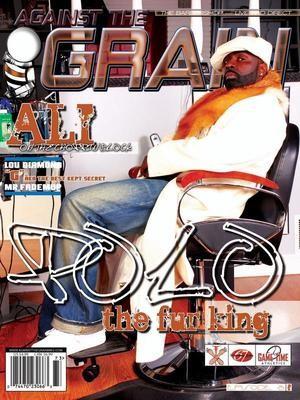 ,” by lifelong friend Joey B. Potter has launched ‘Team Dessalines’ in an attempt to raise community awareness and spread the ‘Just Try’ message to the next generations. “Some people need a hand out, and others need a hand up.
We want to provide some tools for those who want to help themselves” Potter
said, adding: “Knowledge is power, like the old cartoon super hero commercials,
say.” He went on to add “I’m good at thinking outside the box; this helps me to
equip people so they can help themselves. My hope is that they can help
themselves and maybe even others, even if it’s their own family.”

“Go, Do, Chill” said Potter, describing how he is not scared of what God throws his way. “B.S. doesn’t affect what’s real,” he said, never changing his calm tone and demeanor. “God
works in mysterious ways; let him do what he does and you do your thing.”

Rapper and long time friend AZ, who has known Potter since a time he referred to as ‘the Brooklyn Days,’ said “We established trust and loyalty, mandatory elements in key friendships.” AZ
says of Potter “he knows what he wants to do and he knows how to activate it.
At the end of the day, seeing someone activate things to action is motivating
enough.” Referring to Team Dessalines, AZ commented “whatever he’s doing will
globally expand, you can bank on that.”

Both parents passed away within months of each other; in `98 his father and `99 his mother. He replied to my question, ‘What was the greatest message they left to their children?”
with “Stick Tight or you aint right” as well as, “Think of the greater good at
all times.” He described a personal incident not too long after he lost his
parents and recalled when his house was broken into and stripped of everything
of value, while he was a way on business. He resided in a local hotel room for
a lengthily duration and decided to treat himself to 30 Pairs of sneakers to
raise his spirits. When he returned to his hotel room later that day he heard
on the news that Katrina victims were in dire need of food and belongings. He
immediately sent 26 pairs of sneakers to Louisiana. “Just do your own little
part, and things will work themselves out on a global scale,” said Potter.

Kevin Forest, talented music producer from Florida has daily interactions with Polo’s strong views. “He is usually held fast and righteous but he never is a grand stander.” Kevin Forest says of
Potter, “He certainly makes you think long and hard about where you come from,
what you bring to the table, and where it’s going to take us.” He describes
Potter as an inspiration, current on trends, and serious about personal responsibility
to our communities.

“I’m not saying I have all the answers,” Potter added. Then he went on to explain “what I’m saying is that if we can show people real life situations of other people doing their thing
and succeeding, maybe it’s a perspective they haven’t seen before. “

Team Dessalines is a handpicked crew of motivators and action people who put thoughts and ideas into tangible form for the benefit of people on a larger scale. Be watching for
Potter and his TEAM DESSLINES as they emerge into 2011 with some far reaching
goals and community serving action steps to find out how you can get involved.

Written by: Lou C Diamond (aka MISS Lucy of Boston MA based ILNRadio) Founder and Director of Intuitive Life Network Org, for appointments and interviews contact Levon Garvasi at contact@IntuitiveLifeNetwork.org