K. Michelle's ex-boo recently filed a lawsuit against the producer of Love & Hip Hop: Atlanta, Mona Scott-Young's Monami Entertainment company, Viacom International, VH1, and other organizations involved with the show for portraying him as an abuser time and again and reunion his reputation.  K. Michelle has often recalled a beating she suffered at the hands of Memphitz during a heated argument years ago on various episodes of Love & Hip Hop: Atlanta.  She has now hired an attorney named Matt Middleton and plans to take Memphitz to court for she claims that her story of physical abuse is completely true.

She recently reported to TMZ:

"I've always been told that the truth shall set you free. I stand behind my story 100 percent.  I came on the Love & Hip Hop Atlanta show mainly because I wanted to give a voice and bring light to a very serious issue.  I am very grateful to VH1 and Monami Ent. for the opportunity to tell my story, and touch lives worldwide.

"I look forward to having my day in court and finally having the truth of my story confirmed in a court of law.  Hopefully others will not have to go through this and then have their stories challenged to this degree because people now want to try to salvage whatever reputation they may have had."

Comment by Dee Jordan on September 6, 2012 at 7:54pm
Well, if you ask me Rasheeda gave more probing and Identifying info than anyone because I was truly in the dark as to who K Michelle was referring to until the controversy started between the 2. Reality is, only K Michelle, her Ex, and GOD knows what happened. What he might have done 2 1 he might not do to the next BUT key in this equation is to stay NEUTRAL because you don't know what happened. We all got breaking points, no point of returns, mixed in with stress, depression, and frustration this could have been a situation that escalated beyond the norm. GOD know's you push the right button this way 'IM GONE PUT DEM PAWS ON YAH' bahaaaaaa! Not fa'real teeheehee 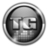 He just put himself on blast. I had know idea who she was referring to...till now lol

I agree, i don't remember that either ...

Comment by Dee Jordan on September 6, 2012 at 4:25pm
Correct me if I am wrong, but don't you have to mention someone's name when you accused them in order for this to be a valid or legitimate arguement? I was an avid watcher of this show and I do not remember K Michelle ever calling anyone's name. IJS