Born Deron Hollins, Kadillak Kaz is one of the most anticipated artists to come from the West Coast in recent years. Kadillak Kaz has proven himself to be a force to reckon with as an artist, as well as a businessman. He has been in numerous magazine publications such as Slicemag.com in which his street anthem “Bedda Learn Bout It” was voted the number one hottest single in Orange County. Representing the Ana’z (Santa Ana, Ca) Kadillak Kaz has been a prolific writer since the age of 11 years old. As part of the Fortnoxx Organization, Kadillak was groomed for success. Fortnoxx Organization was a production company that included artists such as West Coast producers 4D (Kadillak’s cousin) and Caviar of T.I’s Grand Hustle West. However, this isn’t the story of just another rapper, this is the story of a young warrior who has used his gift from god to turn “pain in to profit”.

The music scene in “The Ana’z” is heating up and Kadillak along with a selected few other artists is credited with being responsible for much of the attention they are receiving. Kadillak recalls being laughed at and not being taken seriously because of his hometown Santa Ana. “Back then I remember a lot of studs in my town used to claim everywhere but home. We used to put out lil hood tapes just to rep us and give these studs something to be proud of…” However, just as he describes his music as reality rap, reality set in when a 1999 conviction of assault with a deadly weapon and two sales/ transportation sent the 20 year old to the California State Prison for 8 years and 4 months. His time in prison brought a complete halt to his dreams and hopes of turning his pain into profit.

Not willing to let this setback deter him Kadillak began to put his plans back in motion by recording and releasing his two single’s “Bedda Learn Bout It” and “Lights Out” shortly after his release from prison in May 06. Interest began to grow with both songs having videos on YouTube. Things began to pick up even more when Kadillak formed a joint venture with Pantel Media Group and launched his company Skyballin Entertainment Group. Skyballin Entertainment Group released his first lp “Expensive Thoughts” which is available at www.kadillakkaz.com.

Kadillak has learned from previous mistakes and is making a positive impact on the youth of Santa Ana and elsewhere by sharing his story about how to live a life full of dreams and aspirations. “The youth are the future,” Kadillak says. “We need to make sure they do not make the same mistakes as me and many others but learn from the mistakes and make better choices. We want our youth to be prepared for real life and move forward without setbacks to keep them from their desires to make something of themselves.”

Kadillak knows that his music can inspire a larger audience. He is currently promoting his music globally with artists around the world. Kadillak believes that there is much untouched talent in others countries and he wants to make big things happen with his new music project “One Nation” with collaboration from international artists.

When it comes to influence Kadillak stated, “Hip Hop, period!!!” His influences are everything from Grandmaster Flash, Snoop, E-40, and Scarface and can be summed up by saying artists who “Keep it Hundred!!!” Be on the lookout for Kaddy’z new single “Here 4 U”, featuring R&B singer Los, produced by Deekay of his LP titled “Least Famous” coming 2010.

Kadillak is now in the recording studio 12 hours a day laying down tracks which is poetry to him. This is where he feels his best. All his hard work and dedication comes through in his music.

Kadillak wants to thank his supporters and is also thankful for his god given talent. He wants to reach the masses to show what he is blessed with whether it be live on stage or through his hit CD’s which can be found on Kadillak’s website (www.Kadillakkaz.com). 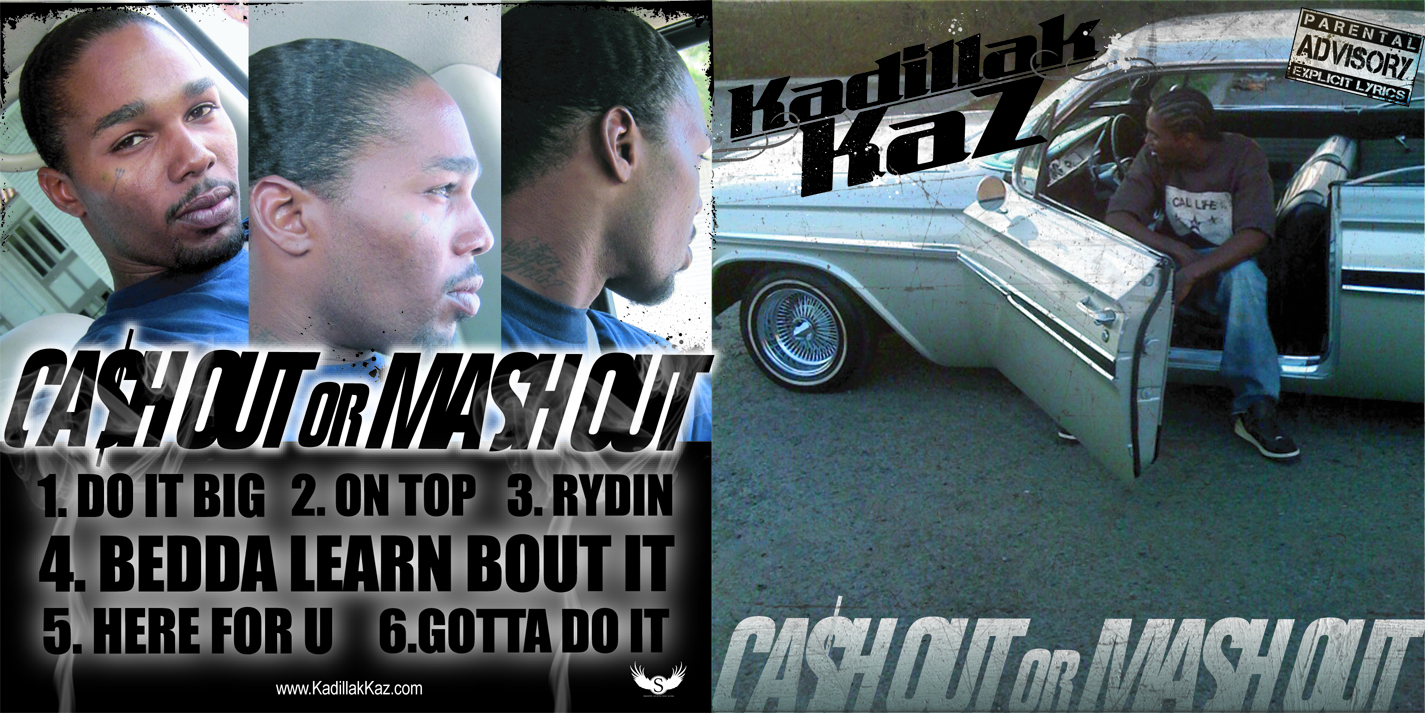 Comment by Cashmania (of Digiwaxx Media) on November 4, 2009 at 1:43pm
Hows the feedback from djs regarding your single. send your single to cashman@digiwaxx.com. i want to listen to it.