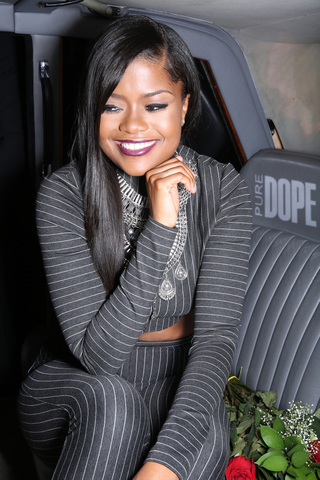 The media personality was recently a guest on a podcast where she told a story that began with Jay Z discovering Cam was the person who stole his parking spot, and ended with the Dipset crew getting kicked out of the Def Jam building. It didn’t take long for Cam to hear bout Civil’s story, and he’s decided to put her on blast, denying the events ever happened.

“I haven’t went in on Karen ever and been proud of what she’s accomplished.. Even if she’s lied and stole to get there.. But u not gonna put me in ya bullshit,” he began, explaining that it was his own choice to leave Def Jam, and that he didn’t have a falling out with Jay until after the fact. “Despite what people think Jay-Z and I were not enemies.. He signed off on mad projects we did.. When he didn’t have too.. And showed my crew love.. It wasn’t till I Left DefJam (not kicked out) till we fell out..and I still respect his hustle and business savvy.”

According to Cam, L.A. Reid was in charge by the time he left, and Reid actually did his best to keep the rapper on the team before he decided to take a more lucrative opportunity with Warner Bros.

After that, he accused Civil (who worked for him in the Def Jam days) of stealing from his cousin. “this story Karen is telling is just another one of her lies..she stole 60k from my cousin @darealdukedagod (and we still have all the bank statements if u wanna Pursue this KAREN) and has yet to pay him back.. And it’s my money as well cause it was from my company.. I don’t want or need ya money.. But u should have payed duke back by now.. But since u wanna lie.. I pull everything out.. And put u on blast!! Stop lying and stealing.”

Later on, he also posted a video of himself speaking to Civil on the phone, confronting her about the alleged theft.