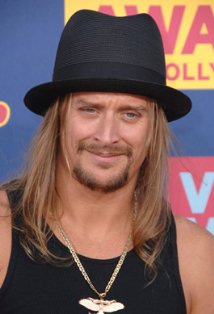 Kid Rock, who has announced that tickets for his summer tour will cost $20, is less-than-impressed with the ticket prices for Justin Timberlake and Jay-Z’s Legends of Summer Tour. Via Hip Hop DX:

When asked about the ticket prices, which seem to max out at $275 for a non-VIP ticket, during an interview with CNN’s Piers Morgan, Kid Rock immediately referred to the prices as being “garbage.”

“It’s garbage. It’s highway robbery,” said Kid Rock. “I don’t care who you are. I would consider both of them in the circle of friends in the business, but I don’t agree with it.”

“It’s gotten out of hand. The price of concerts, the price of entertainment period. Whether it’s a sporting event, going to the movies, buy a soda there, whatever…I’ve always tried to keep prices [to] what I think are fair. And I’ve always said I’m proud that I can walk around with my head held high and look someone in the eye knowing that I haven’t taken an unhonest dollar from a working man. But how can we make it better,” Kid Rock questioned.

I agree with Kid Rock!!!