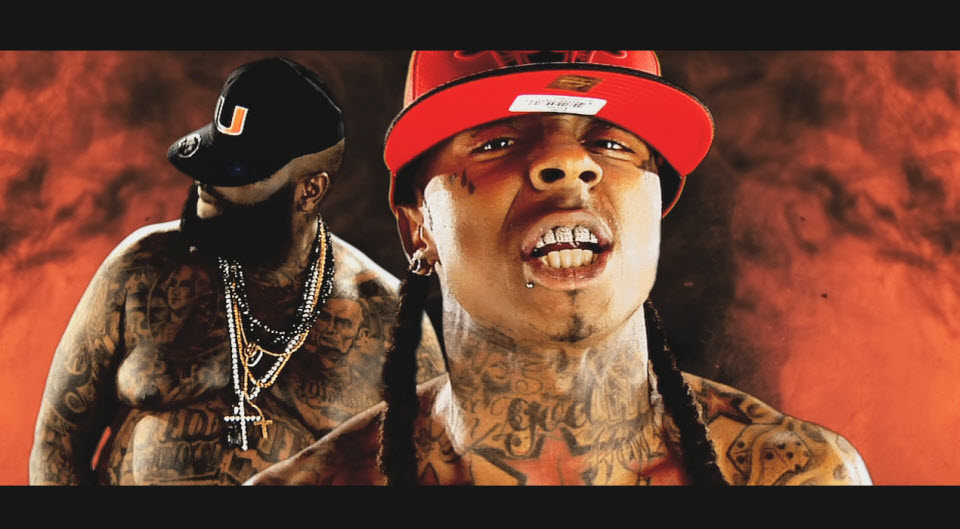 Controversial lyrics from Lil Wayne and Rick Ross result in both rappers being banned by a Michigan radio station.

Following news that a particular and heavily controversial lyric from Rick Ross on Rocko’s “U.O.E.N.O (You Ain’t Even Know It)” was enough to warrant a petition, a Michigan radio station has just announced that they plan on banning the Miami rapper’s music unless he issues an apology.

XXLMag.com reports that the radio station, Michigan’s WUVS 103.7, will also ban Lil Wayne and his music unless he too issues an apology.

“Effective immediately Muskegon’s WUVSlp 103.7 the Beat has pulled ALL Lil Wayne and Rick Ross music from rotation. We pride ourselves on playing music that is non-degrading and non-violent. While we believe in freedom of speech, creative writing and individualism, we refuse to be part of the problem by spreading messages that could harm or end someone’s life,” read a statement from WUVS.

Lil Wayne recently brought about tremendous criticism from fans following the release of Future’s “Karate Chop (Remix).” On the song, Lil Wayne insults slain teen Emmett Till as he raps, “Beat that pussy up like Emmett Till.”

“Karate Chop (Remix)” was ultimately pulled by Future’s label Epic Records, but Lil Wayne has yet to publicly acknowledge his Emmett Till lyric.