Best Wishes.
Olusesi.
ARISTE BIOGRAPHY:
Olusesi simply put is a Yoruba name translated in English language as "the one that adds more". This is the name Friday Okoh Joseph choose to go by as an artiste. Originally from Ukale-Igwu, Orokam in Ogbadigbo Local Government Area of Benue state, Nigeria. He was born and grew up in Lagos, Nigeria some two decades ago.

This young talented Nigerian as his stage name suggests is dedicated to adding more swag, thrill, passion, energy, vibe and fun to any show, party or gig he is billed to perform. If you have ever had the opportunity to watch the "Koko Master" Dbanj perform, you will have a clue of what Olusesi is like on stage. His thrilling, sexy, vibrant and energetic performances always leaves his audience in awe, craving for more of him.

Olusesi started performing professionally in 2009. On the 10th of August, 2010 he opened for big names such as M.I, Durella, Sound Sultan, Koffi, The workerholiks etc at Koffi's Bursting Loose Live at the shell hall of the famous Muson centre in Lagos, Nigeria.

Olusesi has been passionate about music eversince he was a kid. He always wanted to become a professional entertainer/enterprenuer. He was always looking for avenues to showcase his gifts and possibly catch the attention of A&R's or record label executives.

He got himself a job and started working the 9-5 so as to be able to save up money to achieve his music goals. After much efforts in trying to get a record label to sign him, Olusesi made the big decision of taking the indie route. Thus, starting his own record label (Naso Records)--DOING HIS "UNDER G" THINGS BUT STILL WOULDN'T MIND BEING SIGNED ON TO A PROPER RECORD LABEL OR MANAGEMENT .

In his words, "i needed a way to entertain and put smiles on people's faces and my music proved to be the perfect medium. 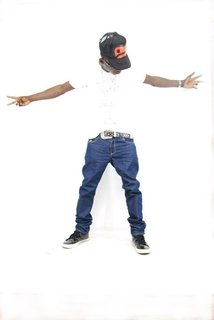