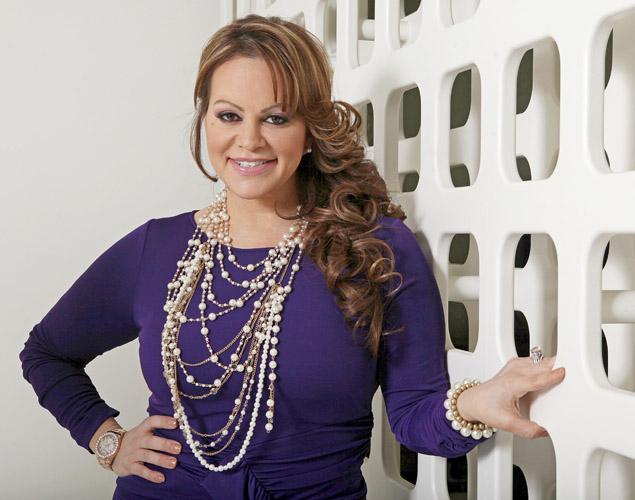 Mexican-American singer and reality TV star Jenni Rivera was killed in a plane crash in northern Mexico. She was 43.

MONTERREY, Mexico — The wreckage of a small plane believed to be carrying Mexican-American singing superstar Jenni Rivera was found in northern Mexico on Sunday and there are no apparent survivors, authorities said.

Transportation and Communications Minister Gerardo Ruiz Esparza said that "everything points toward" it being the U.S.-registered Learjet 25 carrying Rivera and six other people from Monterrey en route to Toluca, Mexico. The plane had gone missing after takeoff early Sunday.

"There is nothing recognizable, neither material nor human" in the wreckage," Ruiz Esparza told the Televisa network.

Authorities had not confirmed that Rivera was among the dead.

Jorge Domene, spokesman for Nuevo Leon's government, said the plane left Monterrey about 3:30 a.m. after Rivera gave a concert there and aviation authorities lost contact with the craft about 10 minutes later. It had been scheduled to arrive in Toluca, outside Mexico City, about an hour later.

Also aboard the plane were her publicist, lawyer, makeup artist and the flight crew.

The 43-year-old who was born and raised in Long Beach, California, is one of the biggest stars of the Mexican regional style known as grupero music, which is influenced by the norteno, cumbia and ranchera styles.

The so-called "Diva de la Banda" was beloved by fans on both sides of the border for such songs as "De Contrabando" and "La Gran Senora."

She recently won two Billboard Mexican Music Awards: Female Artist of the Year and Banda Album of the Year for "Joyas prestadas: Banda."

The singer, businesswoman and actress appeared in the indie film Filly Brown, as the incarcerated mother of Filly Brown, and has her own reality shows including "I Love Jenni" and "Jenni Rivera Presents: Chiquis and Raq-C" and her daughter's "Chiquis 'n Control."

A plane carrying Jenni Rivera, seen here at Lilith 2010 at Verizon Wireless Amphitheater in Irvine, California, along with seven others has crashed in northern Mexico, authorities say.

Rivera had given a concert before thousands of fans in Monterrey on Saturday night. After the concert she gave a press conference during which she spoke of her emotional state following her recent divorce from former Major League Baseball pitcher Esteban Loaiza, who played for teams including the New York Yankees and Los Angeles Dodgers.

The mother of five children and grandmother of two had announced in October that she was divorcing Loaiza after two years of marriage. It was her third marriage.

Rivera is the sister of Mexican singer Lupillo Rivera. Patricia Chavez of Lupillo Rivera's office in the United States told The AP that "for now we don't have any information that would be useful."