ORANGE COUNTY, Fla. — Orange County deputies arrested a suspected bank robber Wednesday.
Deputies said they took a man into custody after he crashed a car into the gates of a MetroWest apartment complex.

"All of a sudden I heard this bam. And I looked out the window and this red car had hit the gate," said witness Pam Littlejohn. 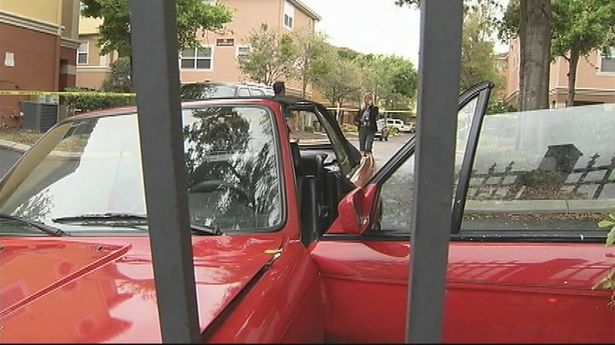 Deputies said he walked into the bank with a gun and demanded money, then took off in a red BMW.
During a chase that ended up inside the apartment complex, deputies said Lewis bailed out of the car, letting it crash while he tried to get away on foot. Deputies said they found Lewis inside the complex following the crash.
Diane Carrozza said she's seen Lewis and the car many times before at an apartment she said is known for drug activity. She said she and other neighbors are so fed up they're thinking about moving and this could be the last straw.

"It's downright scary. I just got rid of three guns. I wish I would have kept one of them," said Carrozza.

Littlejohn added, "We left for two years, went to California and came back and Orlando is a whole different place."

In addition to recovering money, deputies said they also recovered Lewis' gun.
He was taken to the Orange County Jail and is facing several charges.