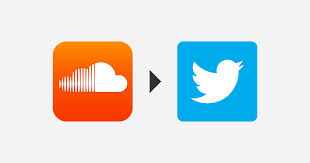 Twitter may be in talks to purchase SoundCloud, a large service that is known by some as YouTube for audio.

According to Recode, Twitter is "considering a deal" to buy the Berlin-based company, which lets anyone, from individuals to DJ collectives to bands, upload and share audio clips.

If true, the acquisition would be a very big move for Twitter, which has seen its stock battered over the last few months as investors worry that it is not growing fast enough. After going public last November at $26 a share, it quickly rose to $74.73 before beginning a long downward slide. As of this writing, the company's shares are at $32.36.

There are two obvious reasons Twitter might want to buy a company like the privately held SoundCloud. First is Twitter's longstanding desire to get closer to the music industry. Its attempts so far, most notably with its own #Music app, have largely been unsuccessful. Second, SoundCloud is said to have 250 million users around the world, which could be a boon to Twitter as the social-networking company seeks to boost its growth.

If Twitter were to buy SoundCloud, it would almost certainly be a very expensive acquisition. Last year, SoundCloud raised a $60 million round of funding that valued it at $700 million. To date, Twitter's most expensive purchase has been ad network MoPub, for which it paid about $350 million.

For SoundCloud, being part of Twitter could be appealing because of Twitter's success at selling ads. As Recode wrote, SoundCloud already offers its users a paid premium service, with additional features, but it doesn't have much in the way of an ads operation.

To some industry observers, Twitter buying SoundCloud would make sense for both companies. "A deal like this makes sense for Twitter, [because] it gives them a much needed push into media and adds into their business another really interesting and popular publishing platform," said Gartner analyst Brian Blau. "If SoundCloud can get a favorable music licensing deal to make right how their users get access to published songs, then we could see that music become even more deeply embedded into Twitter apps."